#BattleOfThe55: Many prospects in action 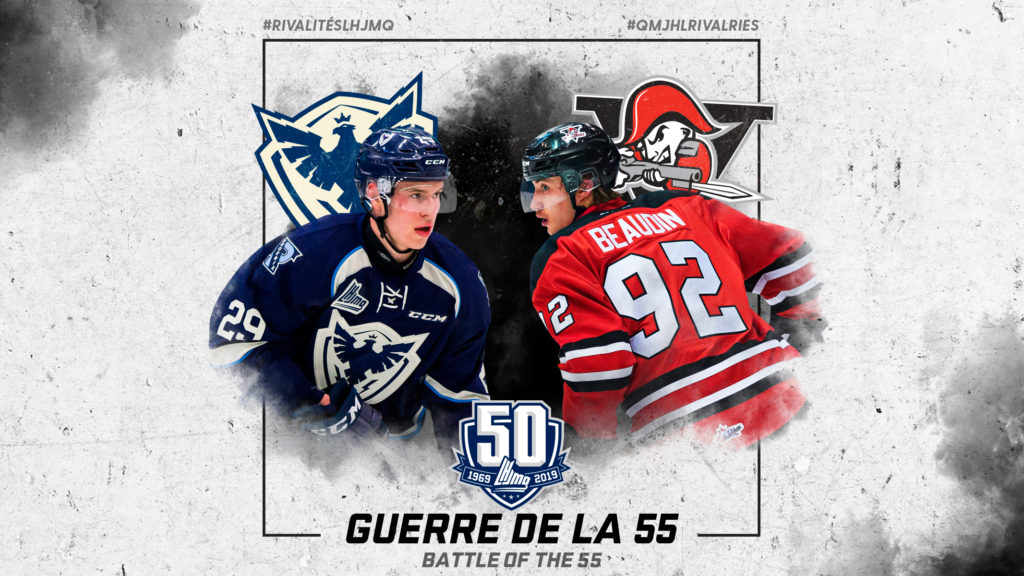 Only 77 Km’s separate Sherbrooke and Drummondville.

It may be a short bus ride on Route 55, but the rivalry between these two proud franchises is as intense as ever.

The Phoenix is out out for revenge after losing the season series last year. The Voltigeurs won four out of those six matchups, with several by convincing fashion.

The stage is now set for a new battle of route 55 and, nevertheless, the Voltigeurs look poised for another dominant performance given their team’s talent and depth.

While new bench boss Steve Hartley has the Voltigeurs playing inspired hockey, only eight points currently separate these division rivals and both clubs are entering rivalry weekend on winning notes.

The Phoenix are currently 14th overall in the QMJHL with a 5-6-1-0 record, while the Drummondville Voltigeurs hold down 4th spot with an 9-4-1-0 record.

The Voltigeurs are missing the services of one of their key offensive stars in Maxime Comtois. He appears to have found a new home with the Anaheim Ducks after opening the season with seven points in the first nine NHL games of his career.

But despite having Comtois out of the lineup, the Volts still have a significant amount of offensive firepower at their disposal.

Joe Veleno is off to his career’s best start in the QMJHL, amassing 18 points in only 12 games since returning from Detroit Red Wings main camp. Veleno has the uncanny ability to make players around him better given his outstanding playmaking ability, speed and offensive instinct.

Beaudin is coming off a career year in the QMJHL where the highly skilled puck moving defenceman amassed 69 points.

Poulin is coming off a very solid rookie campaign where he had 45 points in 55 games. His ability to create offensively coupled with his physicality have him ranked amongst the League’s elite prospects heading into the 2019 NHL Entry Draft.

On Sherbrooke’s backend, Ryan DaSliva and Jaxon Ballamy provide a solid two-way presence that has helped the Phoenix allow the least amount of goals in the Central Division.

The Voltigeurs boast one of the best goaltending tandems in the league with Edmonton Oilers draft pick Oliver Rodrigue and Daniel Moody. Rodrigue has seen the bulk of action this season and has a 6-4-1 record with a 2.64 GAA, while Moody is undefeated in three games with a 3.17 GAA.

In the Phoenix’s crease, three-year veteran Brendan Cregan and rookie Thomas Sigouin have shared the net thus far this season. Cregan would like to improve his early season numbers as he boasts a 3.59 GAA and a 2-3-1-0 record. Sigouin on the other hand is 2-2 with a 1.61 GAA.

Given both teams offensive skill, depth and ability to transition the puck, the Battle of the 55 has all the makings of an offensive shootout and is unquestionably an entertaining rivalry!