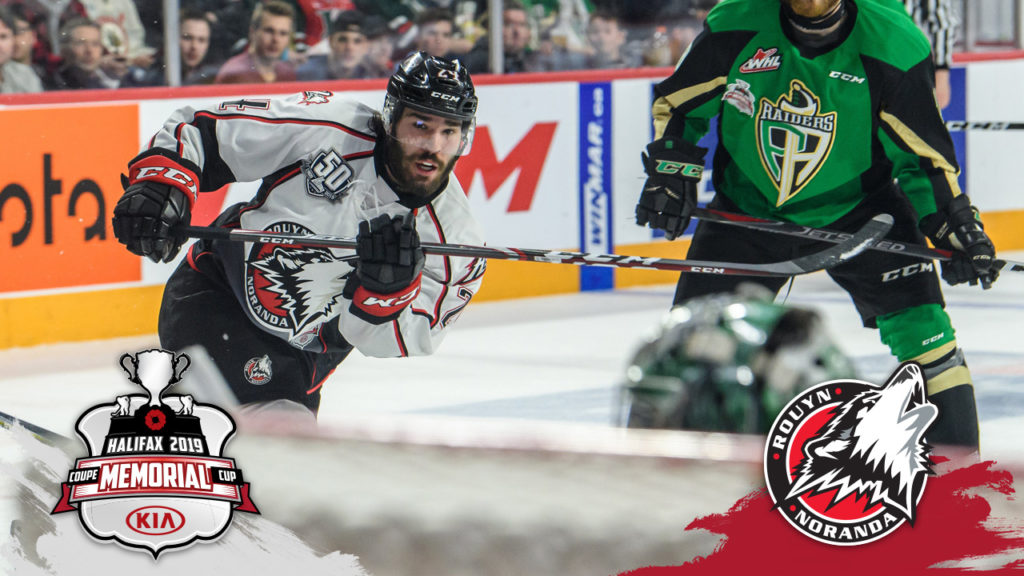 Forging roads in the game of hockey is similar to the snowflakes that consistently fall outside Rouyn-Noranda’s Iamgold Arena throughout the winter; no two paths are exactly alike.

There are the superstars, preordained phenoms who are destined for legendary status seemingly from the start. There’s the prototypical “late bloomer” that comes out of nowhere to take the game by storm at the moment no one expects him to. Then there’s the player who slowly but methodically develops into a star, finding a way to earn accolades and recognition under whatever means necessary.

At this time last year, Joel Teasdale, a player who has proven to fit the latter category, was looking forward to the next step on his own path in the game. Entering his 19-year-old season, he was fresh off back-to-back President Cup Final appearances with the Blainville-Boisbriand Armada, the team that selected him 12th overall in the 2015 QMJHL Draft. However, the Armada were about to experience a roster turnover. Teasdale, who spent the previous three seasons producing in the shadows of such stars as Alex Barre-Boulet, Alexandre Alain and Drake Batherson among others, was about to become one of the faces of the franchise.

Fast forward to today. Teasdale is still a vital part of a team. However, it just happens to be one of the most successful QMJHL teams of all time, the Rouyn-Noranda Huskies. It’s a move that he sees as both a reward and a challenge.

“It’s really great,” Teasdale replied when asked about the change in address. “As I grew a year older, I took a lot of responsibilities from (my time in) Blainville and (brought it to) the Huskies. It feels good to be able to show people that I can be a key player on this team.”

How key is Teasdale? Since arriving in Rouyn-Noranda on January 4th, the Lavaltrie, Quebec native has produced 76 points in 49 regular season and postseason games entering the 2019 Memorial Cup Presented by Kia. Included in that total is 34 playoff points, the most in the league this year. All of this on a team that has won 59 regular season games and a President Cup. On a team rife with key players, he’s among the most impactful of them all.

For Teasdale, the transition was seamless.

“It wasn’t a big difference from Blainville to Rouyn-Noranda,” he recalled. “It was as close as you could get between the two teams. Both have a strong work ethic every shift. They focus on the little details. It was good for me.”

Besides the Armada and Huskies, there’s another team in Quebec that felt the need to have this two-way powerhouse in their fold. That would be the Montreal Canadiens, who signed Teasdale to an entry-level deal last September. It was an event that felt something like a moment of justification for the fourth-year “Q” veteran, who had been passed over in the previous two NHL Entry Drafts.

“It shows that all my sacrifices and the work that I put into my game has paid off,” Teasdale said. “It’s nice to be recognized for that. It took some pressure off my shoulders because I wanted to prove to the scouts and the NHL teams that I could have a good career. It’s nice to have that off my head.”

Pressure. It’s something that, to most observers, seems to roll off Teasdale’s shoulders. That was never more apparent than earlier this month when he proved that the third time truly is the charm. After back-to-back President Cup Final losses with Blainville, Teasdale got over the hump when the Huskies were crowned champions after defeating the Memorial Cup host Halifax Mooseheads in six games to claim the Huskies’ second title in franchise history.

Even though he knew going into the final that he and his teammates would be competing for a national championship regardless, competing for league supremacy was no less important.

As for the Memorial Cup? Teasdale follows the mantra of the rest of the Huskies organization. For a player that has experienced a most memorable last 12 months, he still finds it remarkably easy to live in the moment.

“(The Memorial Cup) is such a big tournament and it’s so special to be here,” Teasdale said. “There’s not a lot of guys that can say they’ve played in a Memorial Cup. It’s a great feeling.”

It’s the latest in a series of great feelings for the player that continues to forge his own incredible journey to success.