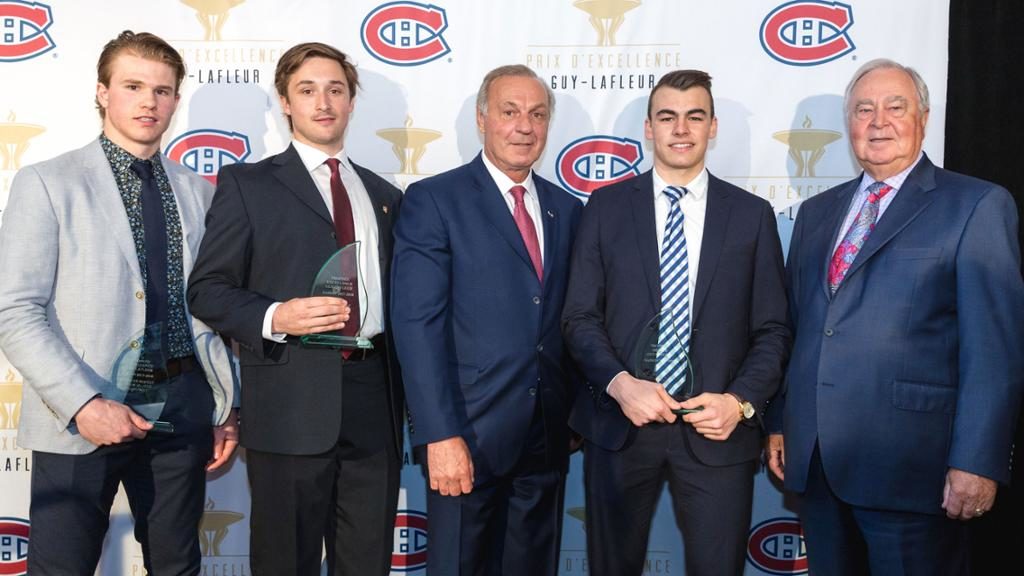 MONTREAL, Que. – The Montreal Canadiens introduced on Tuesday the recipients of the Guy Lafleur Awards of Excellence for the 2017-18 season. The awards are presented annually to hockey players at the amateur level who best combined hockey performances with academic excellence.

The Quebec Major Junior Hockey League’s recipient for this season is Armada de Blainville-Boisbriand captain, Alexandre Alain. The Quebec City native has ended the recent campaign by totaling 44 goals and 43 assists in 65 games, before adding another 16 goals and 14 assists in 22 playoff games. On the academic side of things, Alain excelled in the Cégep de Saint-Jérôme Natural Sciences program by maintaining a 93% average.

Honorees are selected by a jury made of representatives from the sports media, the hockey and education communities. The Montreal Canadiens award recipients of the Guy Lafleur Awards of Excellence each receive a $6,000 scholarship over a three-year period.

The U Sports recipient of the Guy Lafleur Award of Excellence also has ties to the QMJHL. It was awarded to Carl Neill, former captain of the Phoenix Sherbrooke and defenseman of the Charlottetown Islanders who suited up for the Concordia Stingers this past season.