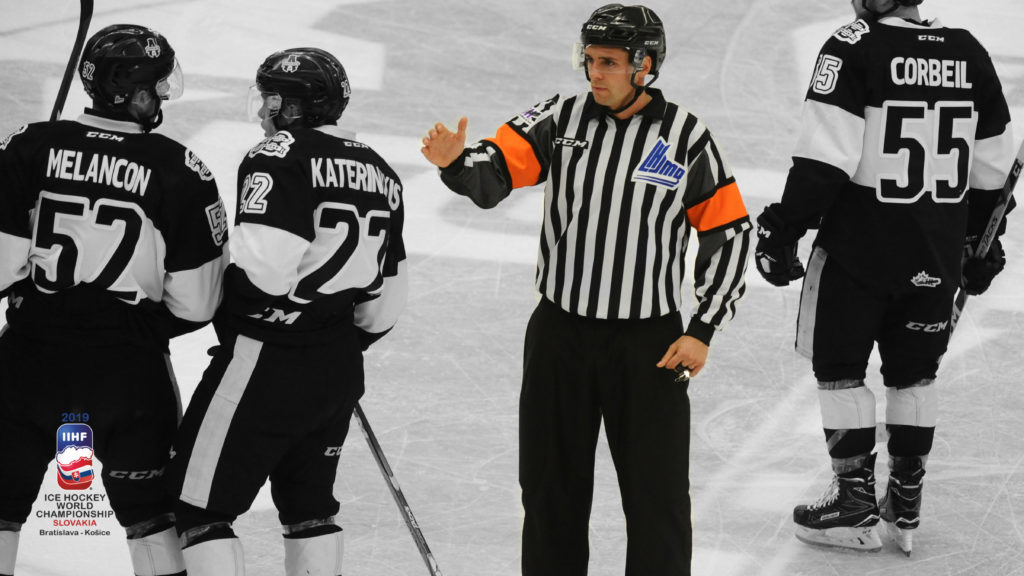 Boucherville, QC. – From the QMJHL to the AHL and ECHL semi-professional leagues… with stops at the Memorial Cup, the Pyeongchang Olympic Games and the 2018 the IIHF World Championship… it’s hard to ignore that Olivier Gouin’s career has taken some impressive turns.

But the Laval, Quebec native – who is in his seventh QMJHL season – will soon see another milestone added to his track record since he is part of the group of officials that will take part in the 2019 IIHF World Championship set to take place in Slovakia from May 10 to 26, 2019.

The QMJHL would like to congratulate Mr. Gouin for this selection and wishes him another enriching experience during this event.

Here is a look at some of Gouin’s career highlights up to this day;