A flagship partnership with “Hooked on School Days” 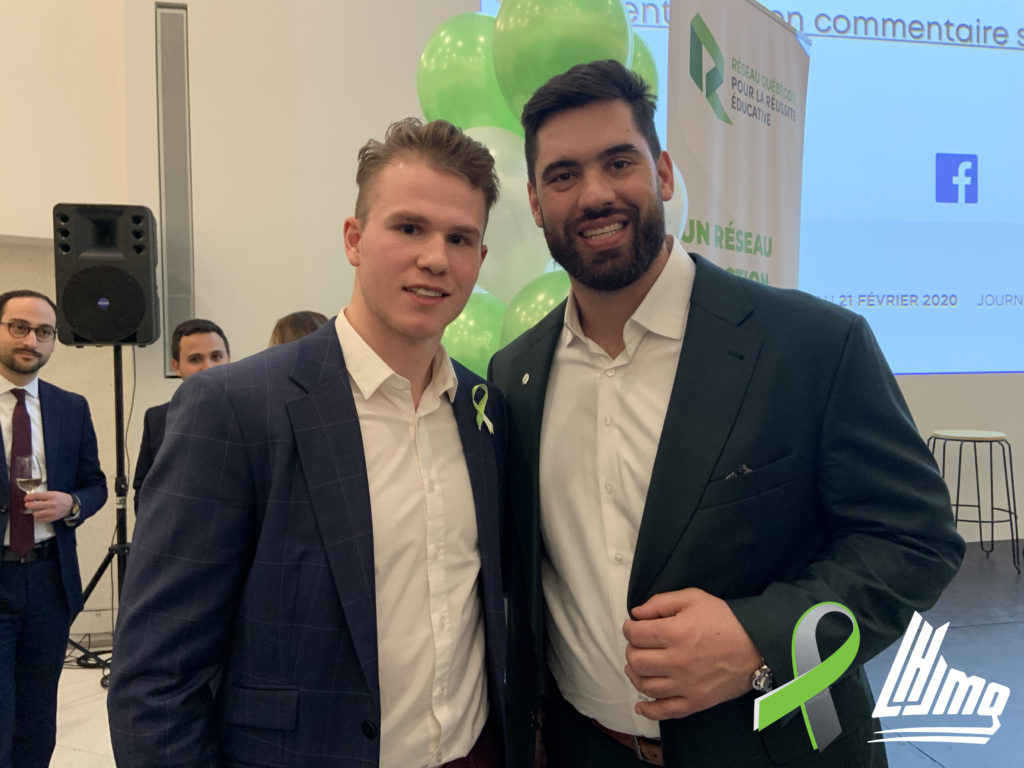 For the fourth-straight year, the QMJHL is extremely proud to be associated with “Hooked on School Days”. This initiative highlights the efforts and perseverance of our players who successfully combine education and hockey.

In addition, the league teams up with this event to highlight the importance of the work done by its academic advisors and tutors who support players throughout their academic journey for our 18 teams. Sport remains a great vehicle to motivate young people to pursue their studies, and top-level sport is not an obstacle to becoming a good student..

Once again this year, Super Bowl Champion Laurent Duvernay-Tardif is the spokesperson for the 2020 national campaign. Laurent is a perfect example of perseverance. A professional football player for the Kansas City Chiefs who also holds a Doctorate in medicine from McGill University, Duvernay-Tardif has undoubtedly persevered to achieve his goals and to overcome the challenges that he’s faced.

After Dominic Talbot-Tassi in 2019, the league chose Alexandre Alain as its spokesperson for the 2020 “Hooked on School Days” campaign. This former Blainville-Boisbriand Armada forward actually plays for the Laval Rocket in the American Hockey League. Despite his involvement in professional hockey, he continues to study at Université Laval. During his time in the QMJHL, the former Armada captain turned out to be a great example of perseverance. Despite the potential challenges of a hectic hockey schedule, he excelled in the classroom, receiving the Marcel-Robert Trophy while earning several scholarships along the way

“As this year’s slogan says: Our actions, an A+ in their success“, academic advisors, tutors, school partners and teachers play an important role in the academic progress of our players and they take concrete actions to ensure our student-athletes succeed,” explains Natacha Llorens, QMJHL Director of Player Services. “They are heavily involved throughout our players’ internship, helping them with their studies, motivating them and helping them overcome any difficulties. We sincerely thank them for their dedication and for the guidance they provide our players.”.

The league takes this opportunity to present the Gervais-Munger Award. The award for Academic Perseverance is presented annually to a player from each of the 18 QMJHL teams who has distinguished himself through his efforts and his perseverance in academics. This award comes with a $500 scholarship from the QMJHL Foundation and a commemorative plaque.

The following is the list of the 18 players recognized for their academic perseverance:

The following is a list of QMJHL academic advisors whose work is recognized by the League:
More News