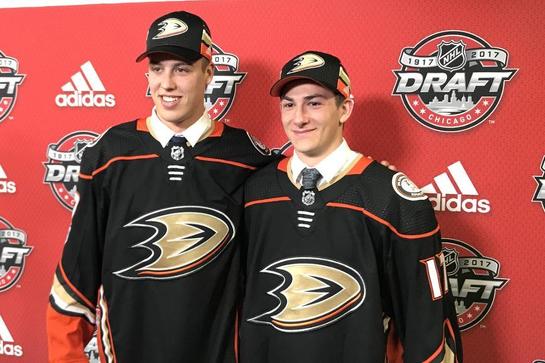 The National Hockey League (NHL) selection camps have started and who says selection camps also says future talents on the way. This year, 69 QMJHL players have the chance of participating in many NHL teams’ training camps.

When comparing with last year, a total of 17 more QMJHL players who were invited this season. The young players from the Q will all have a chance at displaying their skillsets in the hopes of reaching their ultimate goal; to one day perform in the NHL.

It’s a total of 25 professional teams that will be hosting the QMJHL’s young prospects amongst their ranks. On the Q side of things, only the Sherbrooke Phœnix will unfortunately not be seeing any of its players in the NHL training camps.

Of the 69 participants, 38 players find themselves in training camp after receiving the honour of being drafted by an NHL franchise, while the other 31 have turned enough heads to earn themselves a camp invite.

The quantity of talented players coming out of the QMJHL has not ceased to impress. A return to the junior ranks for most of the aforementioned players over the next few weeks will guarantee a quality product for the QMJHL’s 50th season.

Here is an overlook of the players invited to the various NHL team camps.