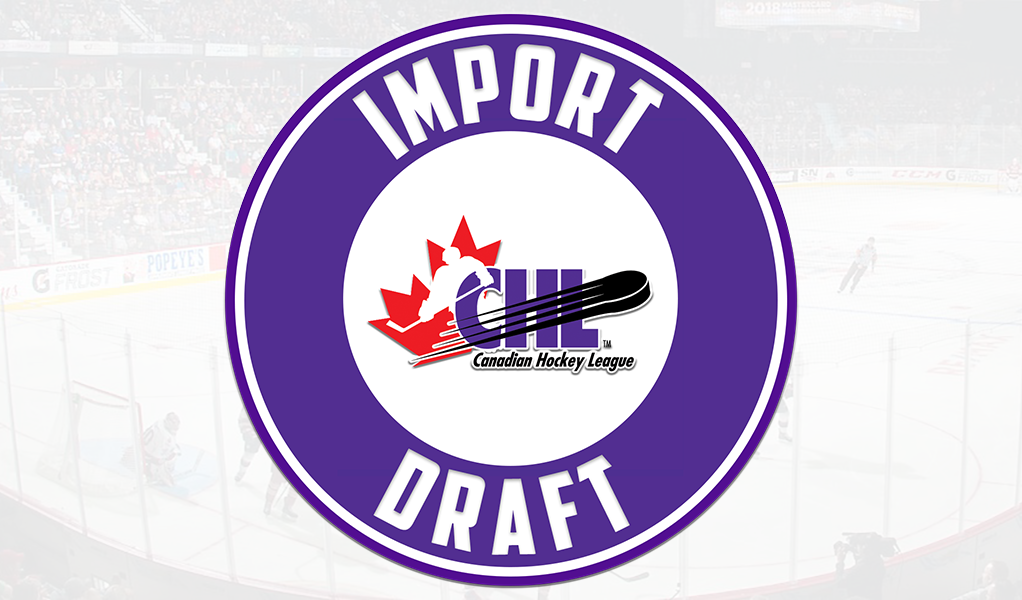 The Canadian Hockey League announced today the results of the 2022 CHL Import Draft.

A total of 13 CHL clubs made two selections, while 38 clubs made one draft choice. Charlottetown, Moncton, Moose Jaw, Niagara, North Bay, Prince Albert, Rouyn-Noranda, Victoriaville, and Winnipeg passed on both selections, opting instead to retain both previous import draft choices.

With the first overall selection, the WHL’s Medicine Hat Tigers called upon Slovakian centre Adam Sykora, a 17-year-old who last season recorded 10 goals and seven assists for 17 points in 46 games with HK Nitra of the top-tier Slovakian league before adding three points in six games with Slovakia at the 2022 IIHF World Championship. Sykora ranks 42nd among International Skaters per Central Scouting ahead of the 2022 NHL Draft.

At second overall, the OHL’s Saginaw Spirit selected Slovakian centre Martin Misiak, a 17-year-old who through 46 appearances last season with HC Nove Zamky of the tier-one Slovakian league recorded four goals and six assists for 10 points before adding five points in as many games to help Slovakia to a first-place finish at the 2022 Division 1 IIHF World U18 Championship. Misiak is eligible for the 2023 NHL Draft.

At third overall, the QMJHL’s Cape Breton Eagles chose Czech centre Jiri Kulich, an 18-year-old who made 49 appearances last season with HC Energie Karlovy Vary of the top-tier Czech league in which he collected nine goals and five assists for 14 points. The talented forward then captained Czechia at the 2022 IIHF World U18 Championship where he impressed with 11 points in six games. Eligible for the 2022 NHL Draft, Kulich ranks 13th among International Skaters per Central Scouting.

All non-overage, import players that were previously drafted in the CHL Import Draft but were deleted by a CHL member team before the 2022 cut-down date were eligible to be re-drafted by another CHL club in the 2022 Import Draft.

For full results from the 2022 CHL Import Draft, visit chl.ca/draft.