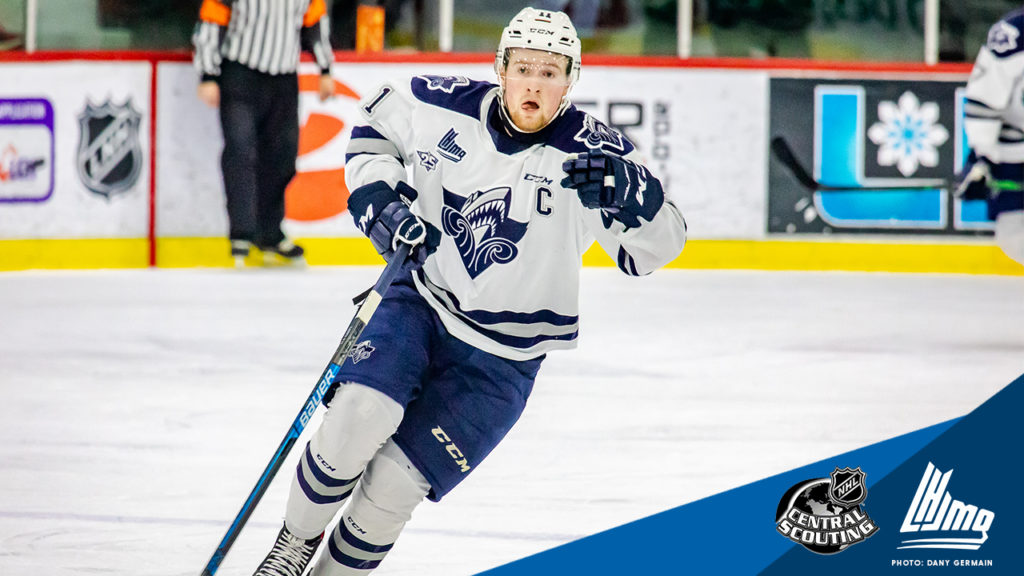 The National Hockey League Central Scouting’s final rankings have been released and the list contains the top players to watch ahead of the 2020 NHL Draft, including a total of 37 players who suited up in the QMJHL this past season.

The selection process, which was originally scheduled for June 26-27 in Montreal, has been postponed due to the ongoing uncertainty resulting from the coronavirus. The details regarding location, timing and format of the 2020 NHL Draft have yet to be announced by the NHL.

Of the 37 QMJHL players who garnered the attention of the scouting experts, there are 32 skaters and five goaltenders whose names appear on the North American lists. Among the group, six skaters are projected as first round selections, including potential first overall pick, Alexis Lafrenière.

Among the QMJHLers on the list are 20 forwards, 12 defensemen and the aforementioned five netminders. The list also features 10 European-born players who are playing in the Q.

A total of 16 out of the 18 QMJHL franchises have at least one of their players ranked on the list. The Blainville-Boisbriand Armada, Cape Breton Eagles and Saint John Sea Dogs lead the way with four representatives apiece, while the Chicoutimi Saguenéens, Drummondville Voltigeurs, Quebec Remparts and Shawinigan Cataractes have three players each.

Here are the QMJHL skaters on the final NHL CSS list:

Here are the QMJHL goaltenders on the final NHL CSS list: