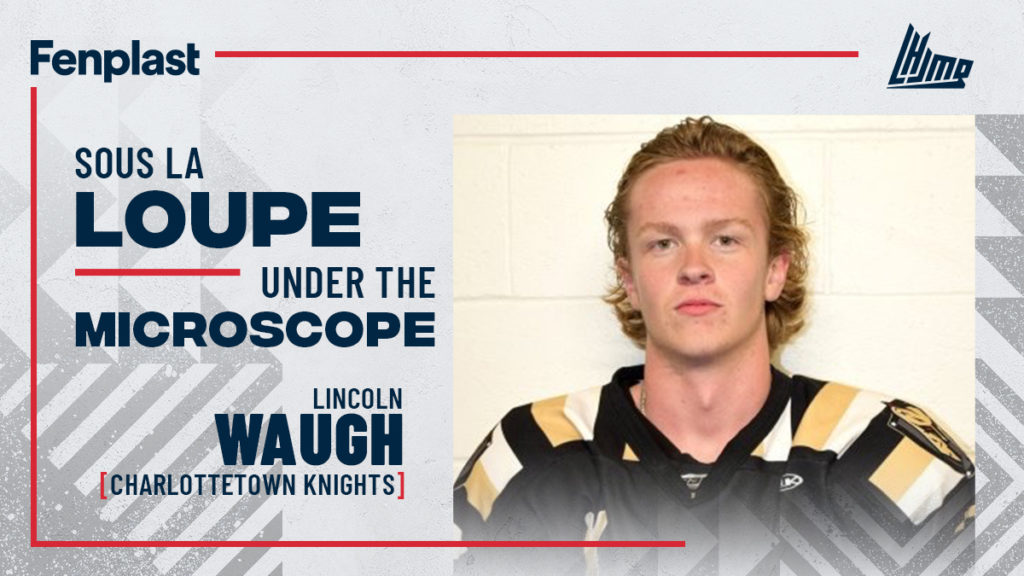 It’s still early, but Lincoln Waugh is garnering a lot of attention across the Maritimes during his first season at the U18 AAA level with the Charlottetown Knights.

While he may not be the biggest or most physically intimidating player on the ice, the 15-year-old is a talented and dynamic two-way defenseman who everyone will be keeping a close eye on ahead of June’s 2022 QMJHL Entry Draft.

Waugh has put up six goals and 14 points through 17 games this season, impressive numbers for a first-year defenseman. Thanks to his play, he’s already showing that he can be both a consistent offensive producer and a reliable defender.

“The first thing you see with Lincoln is that he comes to the rink everyday wanting to get better and he just loves to play the game,” explained Knights head coach Luke Beck. “He’s always working on areas of his game, whether it’s defending on the defensive side of the puck or his gap [control], while also continuing to work on his strengths.” 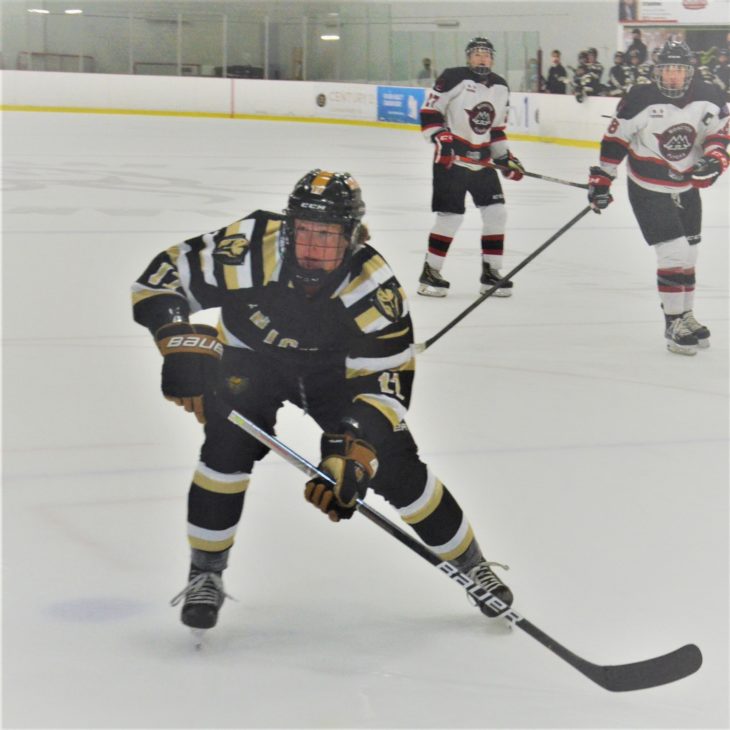 The Knights have seen a lot of good defensemen come through their program in recent years. Beck sees a lot of the same qualities in Waugh that made former Knight defender Luke Coughlin the fourth overall pick by the Rimouski Océanic in last year’s QMJHL Draft.

Waugh was a player who Beck and his staff identified right away as a bantam player that they wanted to recruit. They saw him capable of filling the same role that Coughlin had within their team and he has certainly delivered so far.

Waugh comes from a family of hard-working people, and he brings that mentality to the rink every day. Even though he’s a rookie with the Knights, he is making a significant impact with his new squad, both on and off the ice. Beck believes Waugh possesses all the tools to be successful in both hockey and life.

“When you’re evaluating young hockey players, you’re looking for three things: talent, character and a willingness to get better. Lincoln checks off all three of those boxes for me,” Beck said. “He’s a fantastic kid who wants to challenge himself and understands the team concepts of the game, something you don’t always see at this level.”

Waugh’s efficiency and ability to make things look effortless on the ice are sure to get him noticed as the 2022 QMJHL Entry Draft approaches.