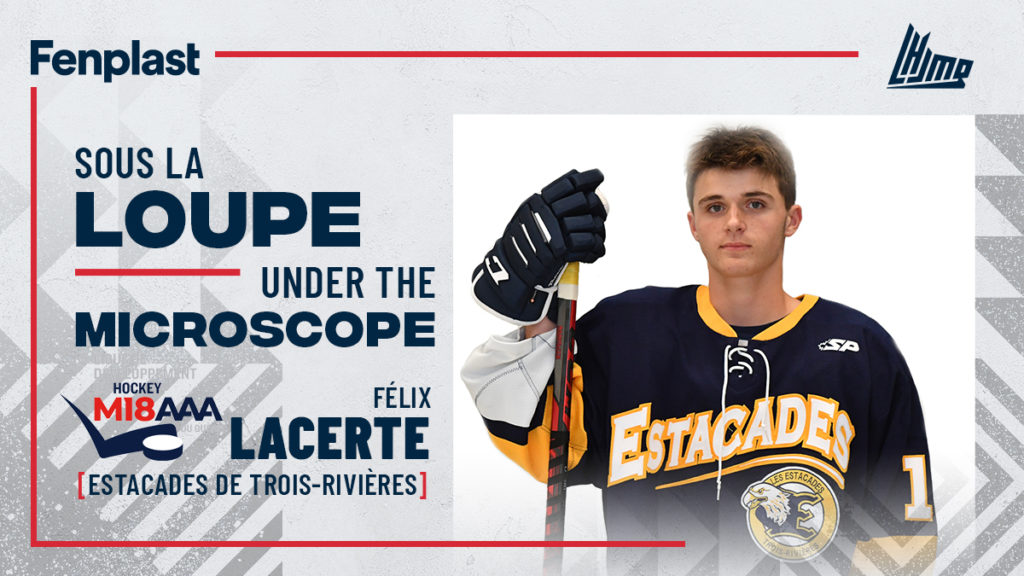 Thanks to his impressive offensive instincts, Félix Lacerte is standing out in his first season playing at the U18 AAA level with the Trois-Rivières Estacades.

His strong play so far in 2021-22 has made him one of 33 players to receive an “A” rating in the QMJHL’s Scouting Central (CSR) initial prospect rankings ahead of June’s entry draft.

With 13 goals and 27 points in his first 24 games, Lacerte is currently tied for 14th in the LHM18AAAQ’s scoring race. The forward has distinguished himself with a quick release, an accurate shot, and the ease with which he can bring the puck to the net.

“He has lots of offensive qualities and can score goals,” said Estacades head coach Rémi Royer about the 15-year-old skater. “He’s able to escape pressure, keep plays alive, and create scoring chances in the offensive zone.” 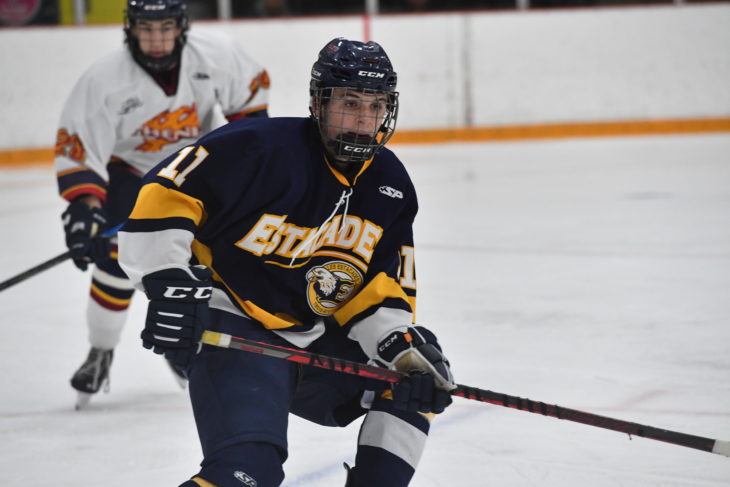 Given how passionate Lacerte is about hockey, it’s no surprise that he’s enjoying success playing his favourite sport. These days, most teenagers have cell phones, but not Lacerte. He would prefer to be playing or watching hockey rather than scrolling through social media or watching TV and playing video games.

Royer admits that it’s hard to keep the young prospect away from the rink and often sees him at other games around Trois-Rivières, watching from the stands.

“He likes to watch other players and learn from them,” Royer explained. “It helps him understand what he needs to add to his game and how he can improve. It’s fun to coach players like him because he just loves to play and spend time with his teammates.”

Even though Lacerte is attracting attention for all the right reasons, Royer is well aware that his future in junior hockey and at the highest level is not guaranteed. He has to continue honing all parts of his game if he hopes to continue working his way up the ranks.

The good news is Lacerte has lots of talent to work with and those skills will make him a highly sought-after commodity at this summer’s draft.