2022 QMJHL Draft | CSR unveils its first list of the season 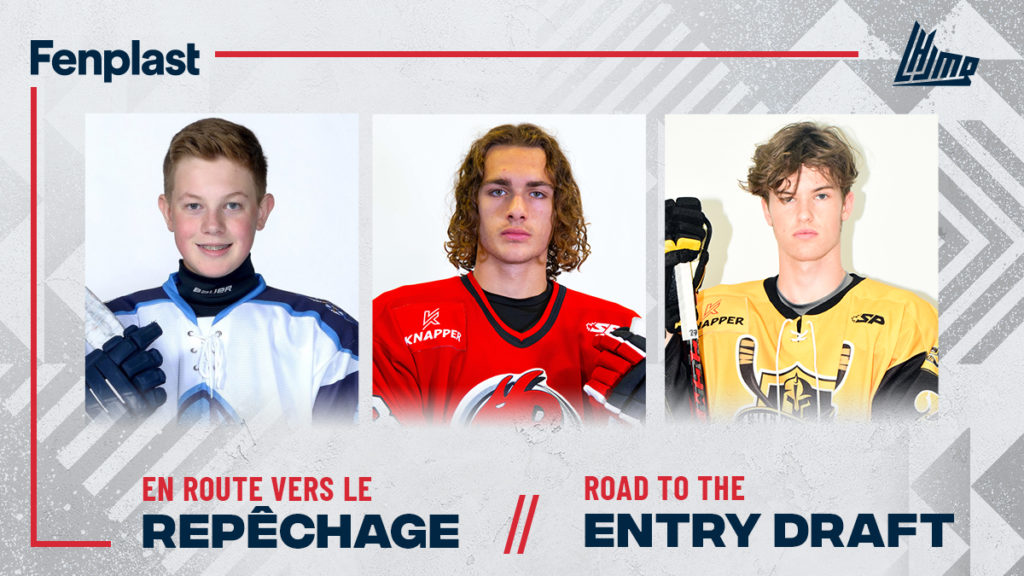 The QMJHL’s Scouting Central (CSR) today released its initial prospect rankings ahead of the 2022 QMJHL Entry Draft that is scheduled for next June.

The CSR’s initial list is comprised of the 33 prospects who have received an “A” rating so far this season, projecting them as potential first or second round selections.

The prospects listed in this first ranking are currently playing in the territories served by the QMJHL: the provinces of Quebec, New Brunswick, Nova Scotia, Newfoundland and Labrador, as well as the northeastern portion of the United States.

Here are the top prospects listed by the QMJHL’s CSR, in alphabetical order, as of December 6, 2021.