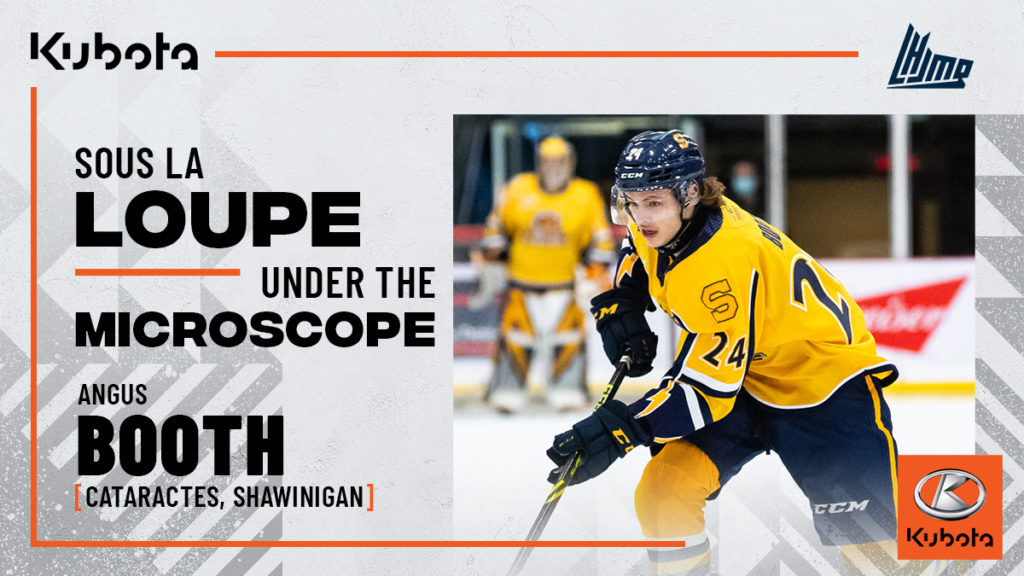 From a young age, Angus Booth has watched his older brother, Callum succeed in hockey and has always wanted to follow in his footsteps.

Today, he is on the verge of becoming the second member of his family to be drafted into the NHL this summer, a possibility that he admittedly is having a hard time ignoring.

Callum, a goaltender, played four seasons in the QMJHL with the Quebec Remparts and Saint John Sea Dogs before being selected in the fourth round of the 2015 NHL Entry Draft by the Carolina Hurricanes. He has appeared in both the American Hockey League and the ECHL during his professional career.

“My brother is seven years older than me. I always watched him accomplish things that I wanted to achieve in the future myself and now I am at a point where I want to outperform him,” said Angus about his older brother Callum.

It’s easy to see that Booth is determined and has the talent to go along with all his ambition. In fact, his on-ice intelligence is what he’s most known for. The 17-year-old is a reliable and versatile defenseman who has taken great strides during his second season with the Shawinigan Cataractes, in 2021-22. He’s playing a bigger role with more responsibilities and his game is reaping the benefits.

“I am an intelligent player with the puck and also without the puck,” explained Booth. “I am calm, I try not to see the puck as a grenade. I am able to not panic and make the right play.”

Booth’s defensive abilities have always been noteworthy and, given his smaller frame, he’s been working hard in the gym to get stronger and become harder to play against. He’s also taking extra time in practice to work on his shot, as a way to add some offense to his game.

After putting up three points in 33 games as a rookie with Shawinigan last year, he already has 23 points in 41 games this season.

Considering the type of defenseman he is, it’s no surprise that Booth tries to model his game after QMJHL alumni MacKenzie Weegar of the Florida Panthers. Both men play a mature, well-rounded style and can contribute offensively when the opportunity presents itself.

Booth has several great examples to follow when it comes to finding success at the professional level and if he continues down this path, it’s easy to imagine him living his dream of playing in the NHL someday soon. 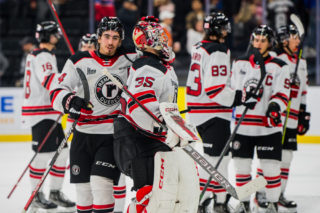