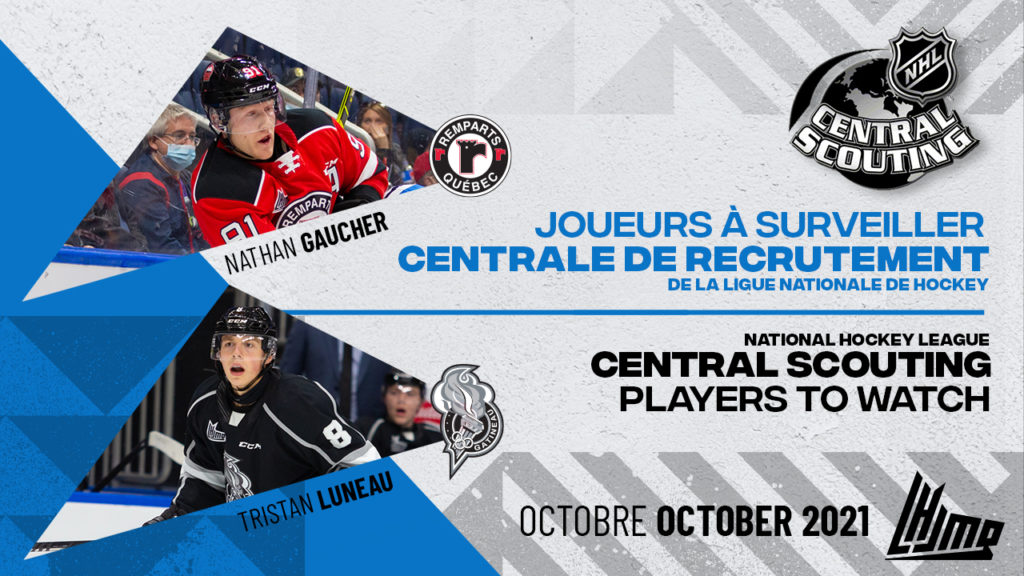 On Tuesday, the NHL Central Scouting released its first list of the season and it contains some of the top prospects to watch ahead of the 2022 NHL Entry Draft.

In total, 32 QMJHL players have already garnered the attention of scouting experts. Among that group, forward Nathan Gaucher (Quebec) and defenseman Tristan Luneau (Gatineau) received an “A” rating as potential first-round selections.

Vincent Filion (Moncton), Charles-Edward Gravel (Blainville-Boisbriand) and Ivan Zhigalov (Sherbrooke) are the only three QMJHL goaltenders whose names appear on the preliminary list.

With four of their players listed by the NHL Central Scouting, the Gatineau Olympiques, Halifax Mooseheads and Moncton Wildcats lead all QMJHL franchises in terms of listed prospects. Just behind them are the Drummondville Voltigeurs and Rouyn-Noranda Huskies, whose organizations have three of their prospects on the list.

Here are the QMJHL players on the initial list of the NHL CSS: