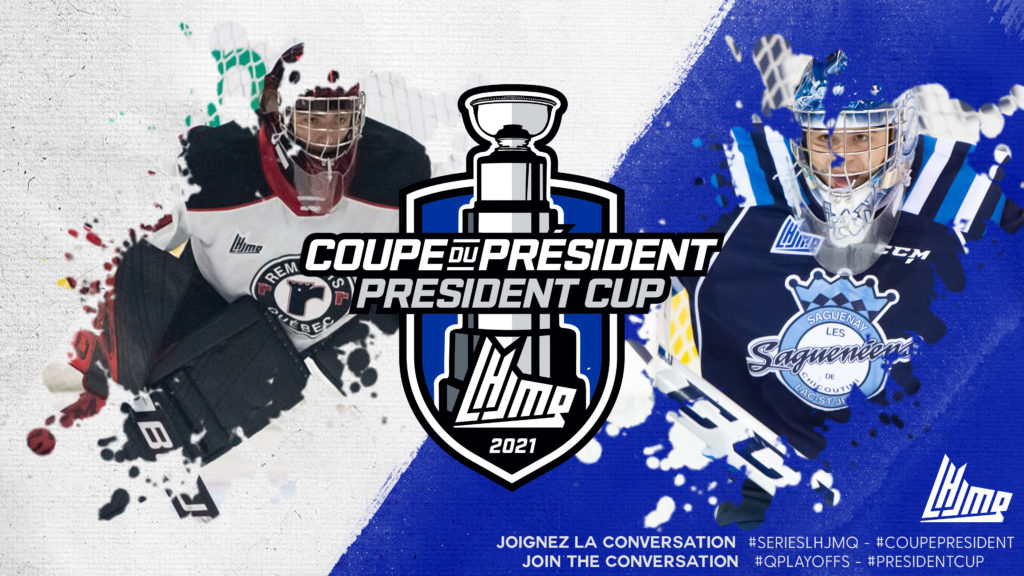 Two long time East Division rivals will clash in the President Cup Quarter-Finals when the veteran Chicoutimi Sagueneens take on the rising Quebec Remparts. Their best-of-five series begin tonight at the Videotron Centre.

The Sagueneens and Remparts combined for a perfect 6-0 record in their respective first-round series. Chicoutimi downed the Sherbrooke Phoenix thanks in part to the dynamic performances of 2020 NHL first rounders Dawson Mercer and Hendrix Lapierre, who combined for 12 points in the sweep. A familiar face to the Remparts’ crew also had a strong series with Pierrick Dube contributing four goals and six points. While Artemi Kniazev, Michael Pellerin and rookie Vincent Fradette helped lead the charge from the back end, overager Alexis Shank remained the steady presence that has produced 92 wins for the Sags over the past four seasons. The Sagueneens are making their first appearance in the second round since 2017, when they took out the Rouyn-Noranda Huskies in seven games to advance to the President Cup Semi-Final.

The Remparts battled hard with the Drummondville Voltigeurs in a deceptively short opening round affair. Again, a player familiar with the other side in this series played a pivotal role with former Sagueneens center Theo Rochette leading the squad in scoring. Rookie Viljami Marjala put up four points including the overtime winner in the club’s series opener, while ten different players found the back of net for the Remparts over the course of the three-game triumph. Most notable of all individual performances was that of netminder Thomas Sigouin, who captured his first postseason victories during the series before capping it all off with an empty net goal in the Game 3 clincher. That victory gave the Remparts their first series victory since 2015, when they went all the way to double overtime in Game 7 of the President Cup Final before falling to the Rimouski Oceanic.

These two clubs have, to put it mildly, created a number of memorable moments over the years. Included in this history are four previous playoff encounters. The Remparts swept the Sagueneens in the first round of the 2002 postseason and won six-game series in both 2008 and 2013. The Sags came out on top in six games during the 2005 Quarter-Finals. This year’s regular season series was very one sided however, with Chicoutimi taking all four games by an aggregate score of 16-1. 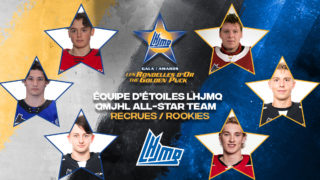