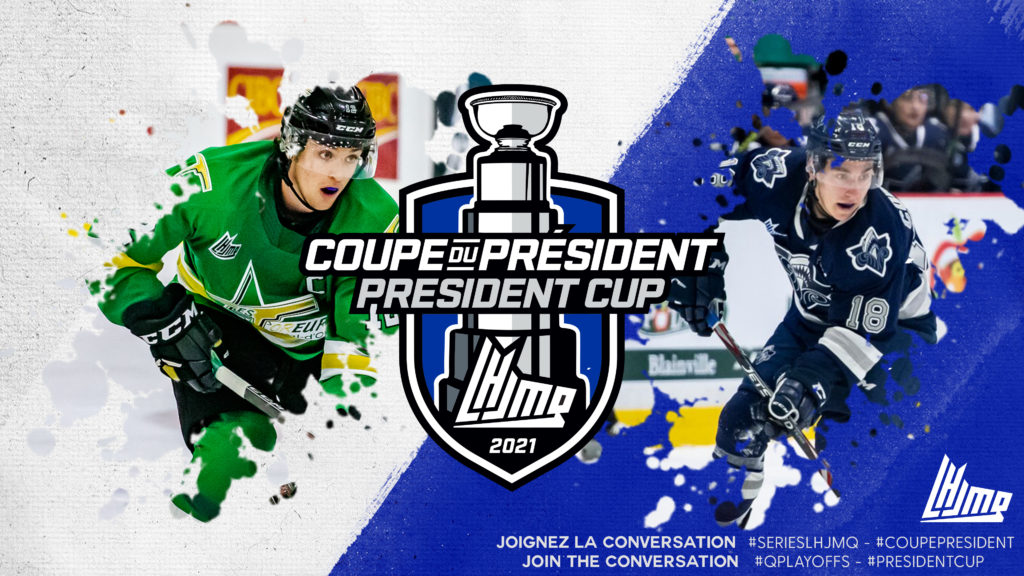 One of the league powerhouses will be aiming to reign over a squad of determined underdogs when the Val-d’Or Foreurs take on the Rimouski Oceanic in their best-of five President Cup quarter-final series. The action gets underway Friday afternoon at the postseason protected environment held at the Videotron Centre in Quebec.

The Foreurs made quick work of the Baie-Comeau Drakkar in their first-round showdown, outscoring their opponents 17-5 in a three-game sweep for their first series triumph in four years. Slick center Justin Robidas led the way with six points while a quartet of stars – Samuel Poulin, Maxim Cajkovic, Jakob Pelletier and Jordan Spence – provided ample offensive support, among others. Jonathan Lemieux, despite facing just 20 shots per game, was ready when called upon, completing round one with a 1.67 GAA, good for second overall in that category entering this round.

The Oceanic orchestrated the biggest upset of the initial round, outlasting the fifth-place Shawinigan Cataractes in five games. Carrying the load offensively were centre Xavier Cormier and winger Adam Raska. Defenseman Jeremie Biakabutuka, who prepares to face his former Foreurs teammates, put up four points, including Rimouski’s only two goals in their series-clinching victory over the Cataractes. Also among the first-round luminaries was overaged goaltender Creed Jones, who posted shutouts in Games 1 and 5 to keep his major junior career alive.

The Foreurs enjoyed a 3-1 edge over the Oceanic in their season series. After taking the first three games at home in November, Val-d’Or would fall in Rimouski by a score of 2-1 on the 4th of March. This will be the fourth postseason encounter between the clubs. The first one was the most pivotal, with Roberto Luongo’s Foreurs downing Vincent Lecavalier’s Oceanic in four straight games to capture the franchise’s first President Cup back in 1998. Since then, it has been advantage ‘Nics, with Rimouski besting the Abitibi club with sweeps in round one of the 2012 playoffs and the 2015 Semi-Finals, respectively. Between the two franchises, they boast an impressive nine finals appearances and six league titles.