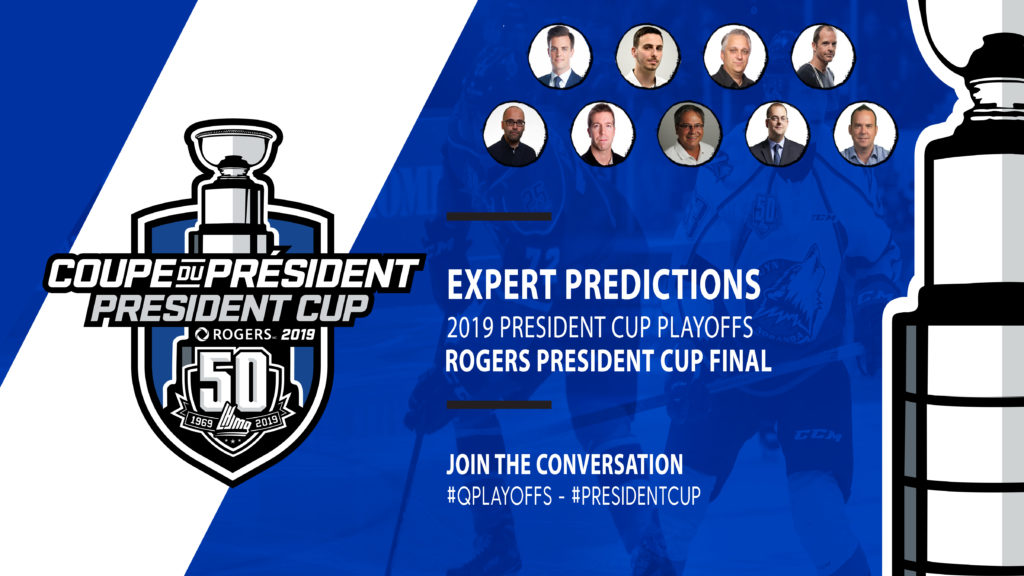 For the trophy, the ring and the honour

Most of the players have defended their team’s colours since the month of August. Others have joined the ranks at the Christmas trade deadline and, since then, these bands of brothers have been sharing the same objective: win the President’s Cup and move on to the Memorial Cup.

Now, even if the Halifax Mooseheads and the Rouyn-Noranda Huskies have already punched their ticket to the 101st edition of the national championship, don’t go thinking they will lower their guards when the QMJHL final begins on Thursday night at the Iamgold Arena in Rouyn-Noranda.

Can you imagine how many times Veilleux has been reminded since May of 2012 how his Shawinigan Cataractes team took the back door to enter the Memorial Cup Tournament it was hosting that year?

Make that the equal number of times any QMJHL-based team has hosted the tournament without raising the President Cup.

Moreover, Veilleux ended up on the losing side of three finals: against Drummondville with the 2009 Cataractes, and with the 2013 and 2014 Baie-Comeau Drakkar, losing against Halifax and Val-d’Or respectively.

On the Huskies side, Pouliot will be out to rewrite a few pages of the league’s record book by having his name engraved on the cup for two straight years with two different clubs. 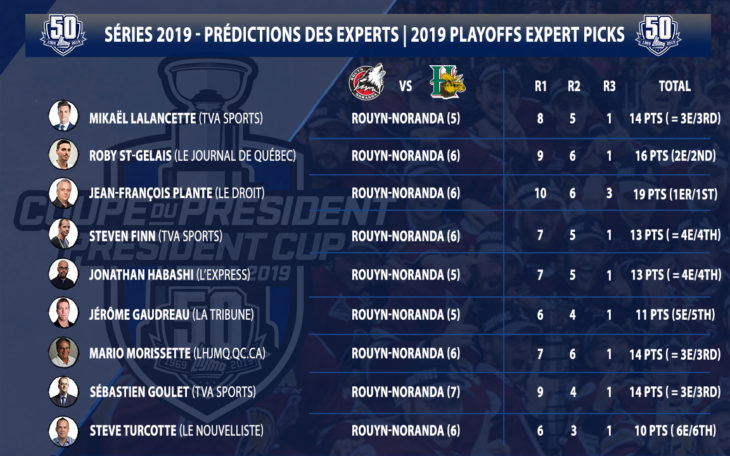 Let’s go back to the ice and snow, which according to (sometimes) reliable sources, still cover the Abitibi region.

Shaken right out of the gate by the Cataractes before winning their opening-round series, the Huskies then swept both the Victoriaville Tigres and the Rimouski Oceanic on their way to the final.

The semifinal series was surprisingly expeditious in the eyes of more than one of the Q’s experienced observers.

To all my colleagues, be consoled by the fact that our NHL counterparts had to eat their share of humble pie in the opening round of their playoff tournament as well!

Not only did Rouyn muzzle Alexis Lafreniere & Co., the Huskies reacted well to the absence of their offensive leader, Peter Abbandonato.  His teammates Félix Bibeau (6 goals, 1 assist) and Joel Teasdale (3 goals, 6 assists) picked up the slack quite efficiently, while Noah Dobson led the defenders in a successful shutdown of their opponents’ offensive efforts.

Abbandonato has resumed training and if his body continues to collaborate, he could very well be playing in this final.

Everyone except from Le Droit’s Jean-Francois Plante saw the Mooseheads as the underdogs in the other semifinal against the Drummondville Voltigeurs, but Halifax went on to dispatch their opponents in six games.

A diversified attack, but mostly a tight defence are what helped keep the QMJHL’s most powerful offence honest.

This triumph by the Green, White and Red made those who know the game say once again that defence wins you championships.

One thing is certain: goaltender Alexis Gravel and defenders Jared McIsaac, Justin Baron, Jake Ryczek and Jocktan Chainey will have their work cut out for them in this Rogers President Cup Final.