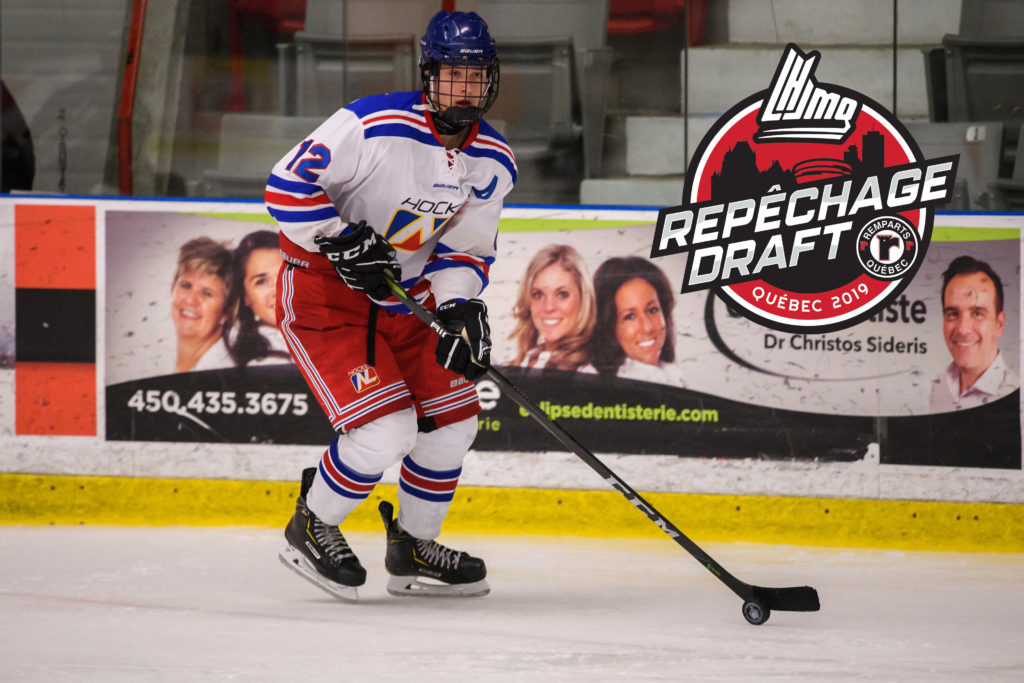 The 51st QMJHL season kicks off this weekend at Quebec’s Videotron Center with the league’s annual draft. Personnel from all teams as well as the league in general will converge to help shape the circuit’s direction for years to come. Also along for the ride are any number of prospects, hoping to hear their names called out in order to join the ever-expanding “Q” family.

As is always the case, the Atlantic Provinces house several of the league’s future stars. This week, over the course of two articles, we’ll take a closer look at some of the top prospects that call the East Coast of our country home.

For some of the greatest stars in the game today, the road to greatness has passed through Faribault, Minnesota and the world-renowned Shattuck St. Mary’s School. Fredericton’s Peter Reynolds, the highest ranked Maritime-born player on the league’s CSR list, is among the latest SSM alumni looking to make a name for himself in the QMJHL.

Reynolds has spent the past three seasons at the prestigious institution and has been a standout each campaign. Not only a swift skater, he has the rare ability to both control and think the game at high speed, creating ample opportunities for his teammates. Statistically, this is best evidenced by his team-leading 71 points in 51 games for Shattuck’s Midget squad. He also led Team New Brunswick in scoring during the 2019 Canada Winter Games in Red Deer, Alberta, posting nine points in seven contests. All of this on the heels of a 60-goal, 116-point season in his second year with the school’s Bantam program two years ago.

The top prospect from the province of Newfoundland in this year’s QMJHL Draft, Zachary Dean has already travelled halfway across the country to chase his hockey dreams. And already, a number of those dreams have been realized.

A speedy youngster who plays beyond his 5’11”, 160-pound frame, Dean tore up the Newfoundland Bantam AAA ranks two seasons ago, leading that circuit in goals, assists and points as well as being named the league’s Most Valuable Player. From there, it was off the Toronto and a wildly successful stint with the Young Nationals in 2018-19. With the Nats, Dean posted 89 points in 64 total games as the squad captured first the GTHL championship, then the Telus Cup National Midget AAA crown. That’s not to mention his 15 points in seven games with Team Newfoundland at the 2019 Canada Games.

“Zach had a very good season in the GTHL in Ontario. This Newfoundland-born player has very good offensive abilities. He is fast and can play big despite a not imposing physique. He can be very effective on the forecheck and does not fear to rush towards the opponent’s net.”

One of the best terms to describe the young career of Riley Kidney, the top Nova Scotia-based forward on this year’s final CSR list, would have to be “All-Star”.

Over the past three seasons, two at the Bantam level and the latest one in the Midget AAA ranks, Kidney has been named to an All-Star team. Last year’s accolades came while he was a member of the Cole Harbour Wolf Pack and followed a campaign that saw him lead all rookies in scoring with 47 points in 35 regular season games. He would follow that performance up with 12 points in 10 postseason appearances, helping lead his club to the league final. Described as one of the most talented players in this year’s draft and the possessor of impressive hockey sense, Riley is the younger brother of Cape Breton Screaming Eagles forward Liam Kidney.

“Riley is one of the most talented players in this draft. His sense of play is quite impressive, and he can generate a lot of offense as shown by his 1st place in the Nova Scotia MAAA rookie players standings. However, he will have to improve his acceleration and take his level of play up a notch in order to take full advantage of his potential at the next level.”

The past few seasons have taken Evan Nause to a number of locales. His next stop will likely be the upper echelon of the 2019 QMJHL Draft.

The third ranked defenseman in the final CSR rankings, Nause made his way from Sherbrooke, Quebec (Bishops College) to Wilcox, Saskatchewan (Notre Dame), before finally settling in Dartmouth, Nova Scotia and the Newbridge Academy program. Nause’s ability to play in any number of situations, be in as an offensive catalyst or a defensive stalwart, adds another dimension to his value in this year’s draft. In addition to a head-turning season with Newbridge, Nause travelled to Red Deer, Alberta as a member of Team New Brunswick at the Canada Winter Games and emerged from that event as one of its top scoring blueliners, with six points in seven games.

“Evan is a complete defenceman with the qualities required to become a very good player in the QMJHL. He is an excellent skater with a good sense of play and a very good first pass. He is able to play well in 1-on-1 situations, in tight spaces and in the free zone. He is able to minimize mistakes because he is calm while in possession of the puck.”