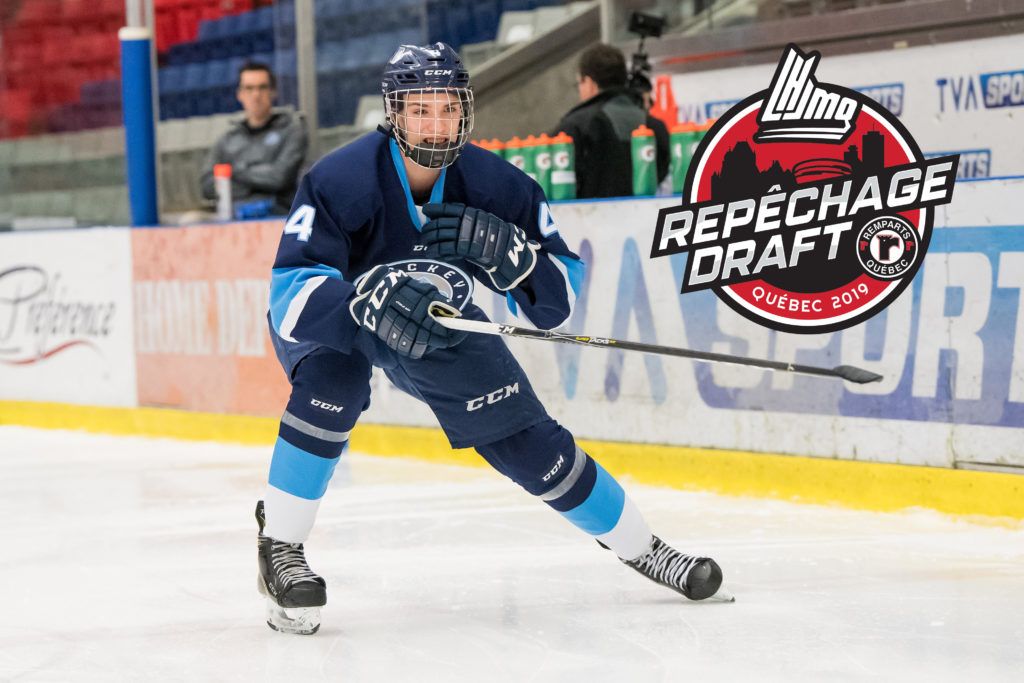 Justin Robidas was named captain of Team Quebec shortly before the last Canada Games tournament where he was fantastic, scoring 10 points in six games. True to himself, he is one of the players who showed the best consistency from one game to another.

That’s what recruiters particularly like of the 5’7” forward. He’s always very efficient, no matter the situation.

He registered 53 points in just 35 games this season with the Magog Cantonniers, before adding 22 more in 14 playoff games, and this, despite his small size. Son of former Montreal Canadiens and Dallas Stars defenceman Stéphane Robidas, Justin is probably one of the most complete players of this draft. He is an excellent skater, a really good passer, and he has the skills to score goals.

Richard will have to be courted

Offensive defencemen are popular with the fans and Guillaume Richard would surely be loved by his new team’s faithful. Skilled to make the play progress, he likes to charge the net and support the offence, which obviously leads to spectacular hockey. He can dictate the power play, thanks to his creativity and his abilities to move the puck quickly.

He is one of the good skaters among the defencemen, and he is assured that the 18 teams of the QMJHL will be watching him closely since he’s planning to continue his journey on the other side of the border at the moment. He scored 27 points in 38 games this season with the Séminaire St. Francois Blizzard.

Sometimes, you just have to find your ease. James Malatesta picked up 12 points in his first 22 games with the Lac St-Louis Lions. Once the playoffs started, he practically doubled his production and added 23 in just 16 games.

The 5’09” and 167 lbs forward is a natural goal scorer. His shot is precise and very powerful. His skating, his skills with the puck and his confidence in the offensive zone make him a player to watch closely. No doubt: he will make his place on the first two lines of a major junior team.

Pellerin: better than a Swiss clock

With 42 points in 42 regular season games, and nine in as many playoff games, there’s not much more that Maxime Pellerin can do. He has been used in every context by his Midget AAA coach with the Trois-Rivières Estacades.

He possesses interesting skills with the puck. Agile on the rush, he has the speed to overtake the opponent’s defence. Once in front of the goalie, he can as much release a quality shot as feed his teammates. The 5’11” and 168 lbs forward is ranked as the 16th top prospect in the CSR rankings, but who knows if a team could be tempted to select him before that?