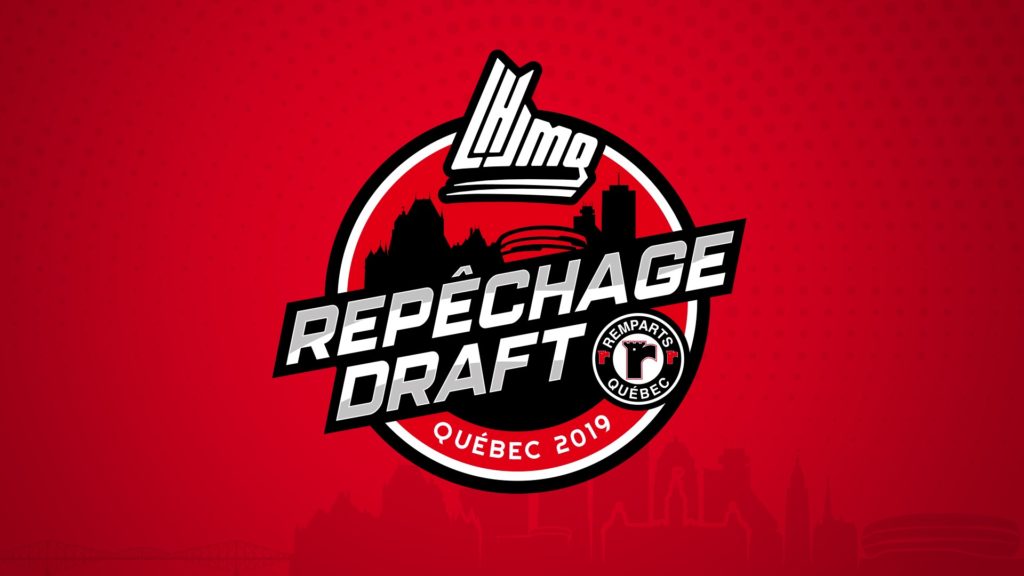 The draw will determine the order for the first five selections of the 2019 Annual Draft that will take place at the Videotron Centre in Quebec City on Saturday, June 8, 2019.

The order of selection will be determined by a draw which will be supervised by an independent third party. The probability of winning the draw is based on the team’s position in the overall standings as follows: 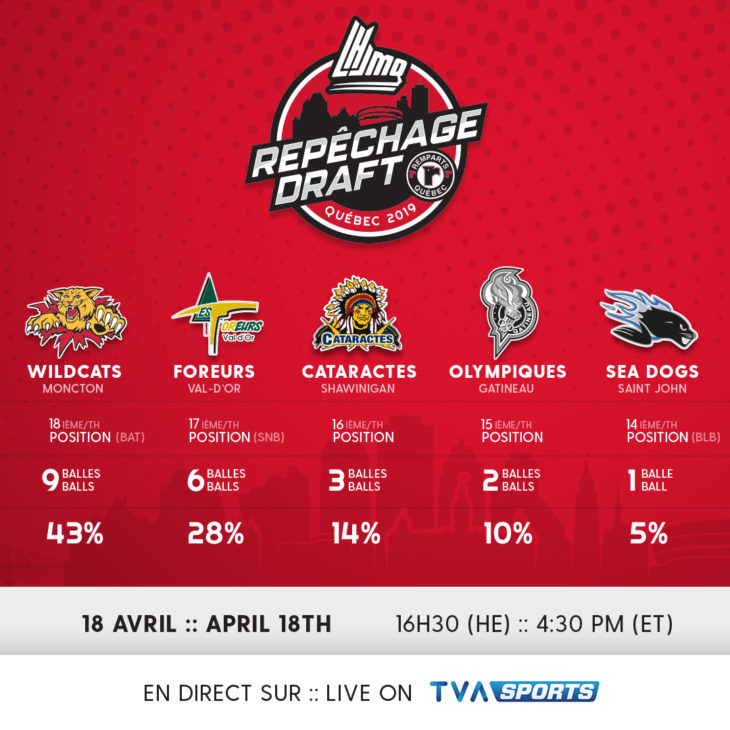 Once a team is drawn, they are removed from the process. This process is repeated each time a team is drawn. However, if the Moncton Wildcats (draft pick from Bathurst) are not picked during the first or the second lottery draw, they will automatically be awarded the third overall selection. Moreover, the Val-d’Or Foreurs (draft pick from Saint John) cannot pick later than fourth overall due to their seventeenth-place finish.