Hooked on School Days
by
LHJMQ/QMJHL 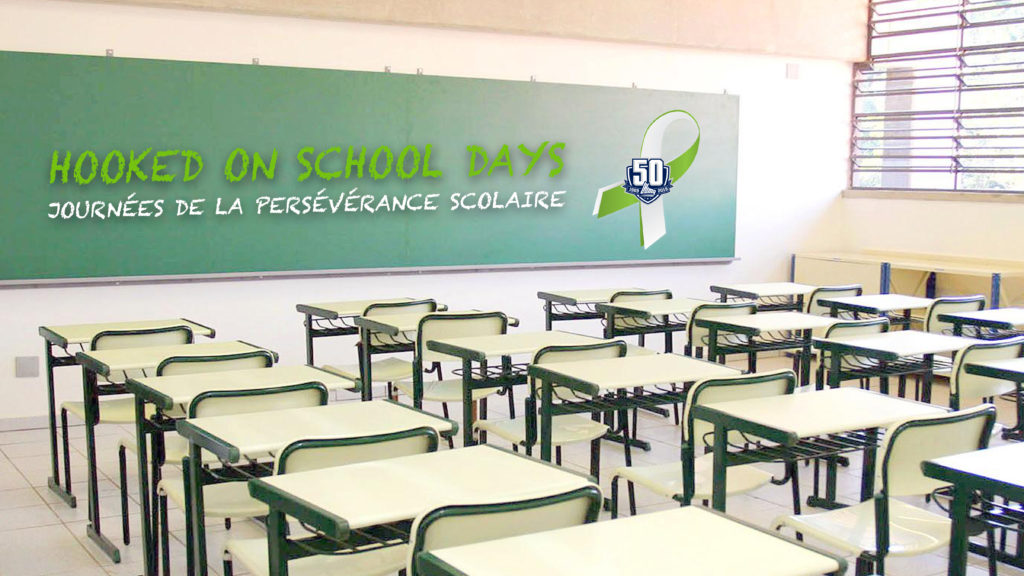 Boucherville, QC – For the third straight year, the QMJHL is proud to be associated with “Hooked on School Days”. This initiative highlights the efforts and perseverance of players who successfully combine education and hockey on their respective teams. In addition, the league has teamed up with this event to highlight the importance of the work done by its academic advisors and tutors who support players on all 18 QMJHL teams throughout their academic journey.

Sport remains a great vehicle to motivate young people to pursue their studies, and top-level sport is not an obstacle to success for good students. Renowned spokesperson for the 2019 national campaign, Laurent Duvernay-Tardif, is a perfect example of that. He is a professional football player who also holds a doctorate in medicine from McGill University. He has persevered to achieve his goals.

This year, the QMJHL has a spokesperson of its own for “Hooked on School Days” in Dominic Talbot-Tassi, a former player with the Drummondville Voltigeurs, Sherbrooke Phoenix, Blainville-Boisbriand Armada and Moncton Wildcats, who is currently an engineering major at McGill University and now plays university hockey. Dominic is a great example of perseverance, because despite the challenges he faced during his years in the QMJHL, he excelled in in the classroom by twice being a finalist for the Marcel-Robert Trophy and winning several scholarships.

“The QMJHL is aware that each academic path is unique and that every means of encouraging and supporting its players is a plus for their success. Team coaches, tutors, school partners and teachers play an important role with our players as they are there to help them with their studies, to motivate them and help them overcome any difficulties,” explains Natacha Llorens, QMJHL Director of Player Services. “We sincerely thank them for their dedication and guidance provided to our players.”

“We are very proud of the efforts and perseverance shown by our players in the classroom,” says QMJHL Commissioner, Gilles Courteau. “Pursuing one’s education is mandatory in our league to help create the necessary balance needed to best prepare our players for their futures.”

The following is the list of players chosen to be models of academic perseverance on their respective QMJHL teams:

The following is a list of QMJHL academic advisors whose work has been recognized by the League: