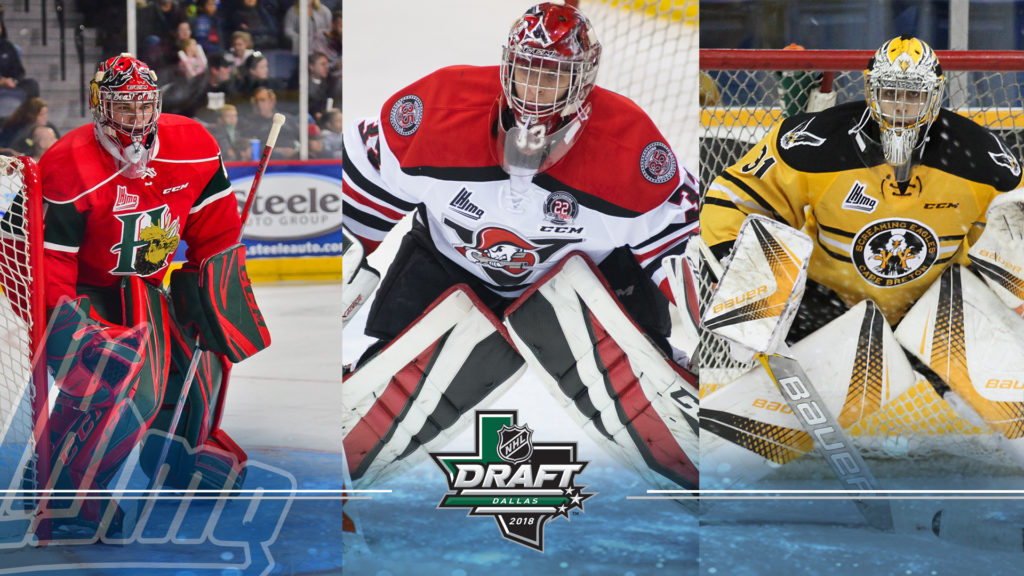 The first three goaltenders selected in the 2016 QMJHL Draft are once again under the spotlight. That is because Olivier Rodrigue, Kevin Mandolese and Alexis Gravel are respectively ranked as the top three North American goaltenders available for this weekend’s 2018 NHL Entry Draft.

Oliver Rodrigue of the Drummondville Voltigeurs had an outstanding sophomore season in the QMJHL. The 17-year-old Chicoutimi, QC, native posted a 31-16-2 record with three shutouts, a 2.54 GAA and a .903% save percentage in 53 games this past season with the Voltigeurs.

Rodrigue is currently ranked as the top North American goaltender in the final 2018 NHL Draft Rankings and all the attention is warranted. The 6’1’’ and 156-pound workhorse saw the bulk of the action between the pipes and led the Voltigeurs to a berth in the QMJHL quarterfinals in the post-season.

Rodrigue’s technique, sheer athlete ability, confidence and compete level are his strongest attributes and will serve him very well at the next level. Given his stature and weight some scouts consider him as undersized, but Rodrigue silenced critics with an awesome showing at the latest NHL Combine.

He doesn’t shy away from high pressure situations and has performed beautifully on the international stage. He’s won a silver medal for Canada at the 2016 Youth Olympic Games, played at the 2016 World Under-17 Hockey Challenge, backstopped Canada to gold at last summer’s Ivan Hlinka Memorial Tournament and recently dominated the IIHF Men’s World Under-18 Championship, where he ended the competition with a tournament-best 1.33 GAA and .949% save percentage.

A clear front-runner for Team Canada’s next World Juniors roster, Olivier has had an incredible mentor and role model in his father, Sylvain Rodrigue, a goaltending coach and consultant with the Edmonton Oilers for the past five seasons.

Kevin Mandolese of the Cape Breton Screaming Eagles is currently ranked second amongst North American goaltenders in the final 2018 NHL Draft Rankings. Mandolese is coming off a strong performance a season ago as a 16-year-old rookie in the QMJHL.

This season the highly talented goaltender shared the Screaming Eagles net with Kyle Jessiman. At 17-years-old Mandolese’s confidence, poise and patience between the pipes are his strongest attributes.  In 37 games with the Screaming Eagles the Blainville, QC, product finished the season with a 15-13-2 record, a 3.46 GAA and a .887% save percentage with one shutout.

Don’t let Mandolese’s sophomore season’s stats distract from the amazing potential and upside, which he possesses. At 6’3’’ and 180 pounds, Mandolese continues to draw increased attention from NHL Scouts that project the skilled netminder as a can’t miss prospect.

Mandolese possesses all the tools to play at the next level. With Jessiman being subsequently traded at the latest QMJHL Draft, Mandolese appears poised to see the bulk of action entering the 2018-19 season which will only enhance his progression and development.

Much like Rodrigue, Mandolese also boasts some international hockey on his résumé. He finished as the top Canadian netminder with a 2.04 GAA and .931% save percentage at the 2016 World Under-17 Hockey Challenge and, despite not starting any games, got some experience by backing up Rodrigue and Rimouski’s Colten Ellis at the latest U-18 World’s.

The 2017-18 season started on a high for Gravel when he was selected to Team Canada’s roster to represent the country at the Ivan Hlinka Memorial Tournament where he and Rodrigue went on to capture gold.

The pride of Asbestos, QC, showed promise and rededicated his efforts near the halfway point of the season. Gravel’s stats improved drastically in the post-season where he posted a 2.70 GAA with a .917% save percentage with one shutout.

Gravel’s size, composure and confidence showcase his ability to control the game from inside the blue paint. Gravel’s progression over the course of the season definitely indicates his drive and determination to get to the next level.

Gravel shared the Mooseheads goaltending duties with veteran Blade Mann-Dixon. The playoff experience he gained from this season, with an increased role next year and the potential of playing in the 2019 Memorial Cup have Gravel on a path to the NHL.

Like Rodrigue, Gravel has also won a silver medal with Canada at the 2016 Youth Olympic Games and can also count of the support and advice from his father François, a 20-year professional goaltender who was drafted in 1987 by the Montreal Canadiens. 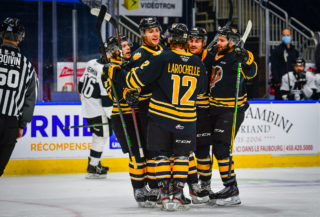 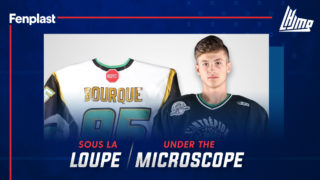 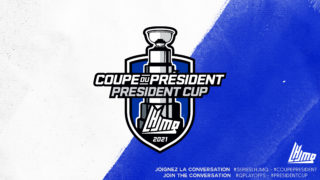 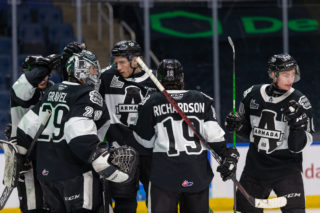 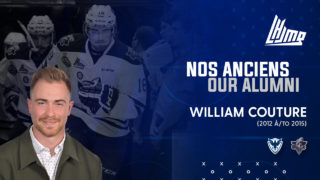 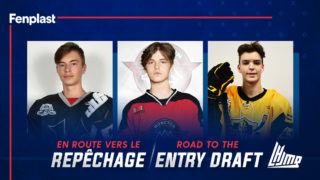