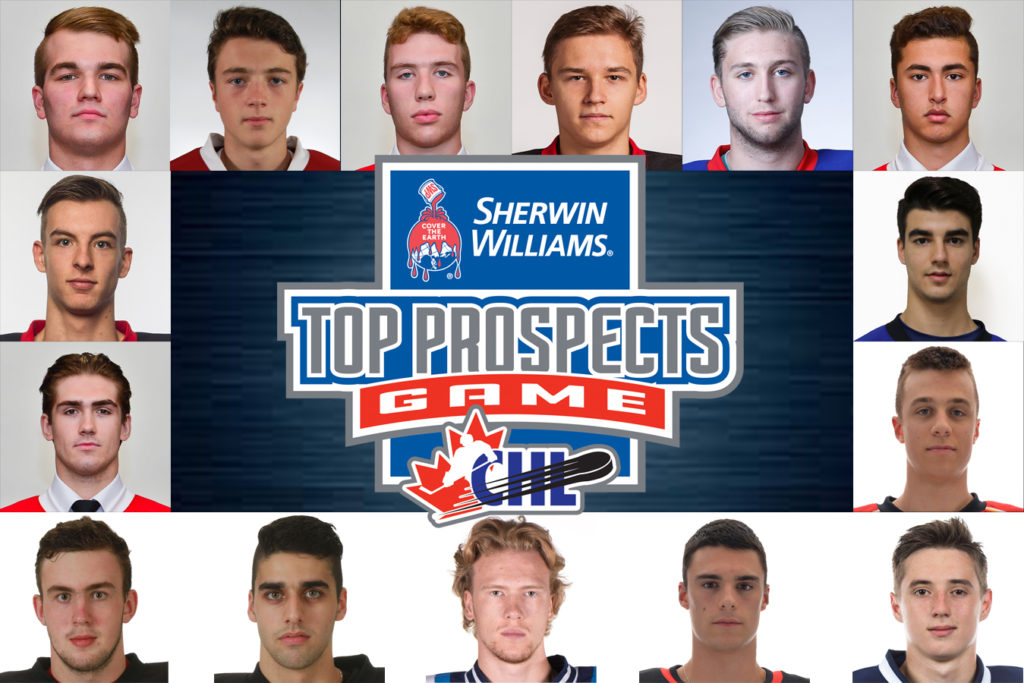 The Ontario Hockey League’s Guelph Storm franchise will be hosting the game at its home rink, the Sleeman Centre, on Thursday January 25, 2018. The game will be broadcasted live on national television thanks to both Sportsnet and TVA Sports.

The 2018 event will mark the 23rd annual showcase of the CHL’s top-40 NHL draft eligible players featuring talent from the Ontario Hockey League, the Quebec Major Junior Hockey League and the Western Hockey League, and competing before hundreds of NHL scouts in attendance.

This year, QMJHL representatives make up for three out of the four selected goaltenders for the game. The Halifax Mooseheads’ franchise has four of its players set to hit the ice on January 25th, the most among all QMJHL teams. There are also five players representing the QMJHL currently ranked with an “A” grade, as per the Players to Watch Ranking assigned by the NHL Central Scouting on November 15, 2017.

Here is the breakdown of QMJHL players selected to participate at the 2018 Sherwin-Williams CHL/NHL Top Prospects Game, by position and in alphabetical order:

For more information, including to purchase tickets to the game, please visit http://sherwin-williamstopprospects.ca.