World U17 Challenge
by
LHJMQ/QMJHL 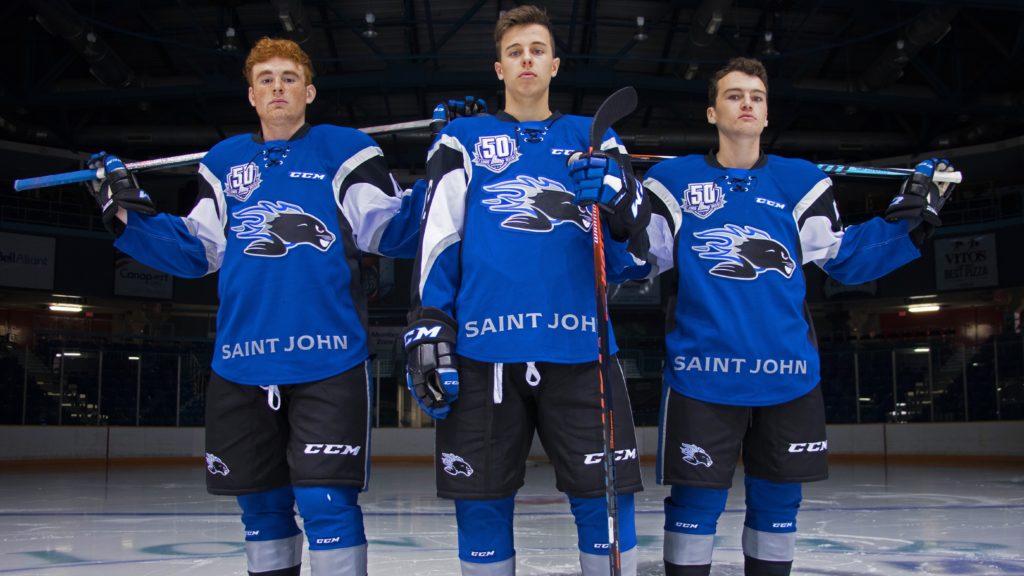 The 66 players will be divided into three teams – Team Canada Black, Team Canada Red, and Team Canada White – and will compete against the Czech Republic, Finland, Russia, Sweden and the United States in their quest for a gold medal.

This year, it’s a total of 14 QMJHL players that will be taking part in the World Under-17 Hockey Challenge. The Saint John Sea Dogs will have the most representatives with three of their defencemen and one forward suiting up for Canada. The Shawinigan Cataractes have the second most with three players suiting up in the tournament, while the Chicoutimi Saguenéens will have two. For a rare time, no QMJHL goaltender will be playing in the Challenge.

The tournament opens Saturday, Nov. 3 at the qplex in Quispamsis when Finland takes on Sweden at 3:30 p.m. AT, followed by Team Canada Red, silver-medallist last year, facing off against Russia at 7:30 p.m. AT. The United States will kick off the action at Harbour Station in Saint John on Sunday, Nov. 4 when it plays the Czech Republic at 12 p.m. AT, followed by an all-Canadian match-up between Team Canada Black and Team Canada White at 4 p.m. AT.

TSN and RDS, the official broadcasters for Hockey Canada, will air both semifinals on Friday, Nov. 9, as well as the bronze- and gold-medal games on Saturday, Nov. 10; please check local listings for details. Media accreditation for the 2018 World Under-17 Hockey Challenge for Harbour Station in Saint John and qplex in Quispamsis can be requested online.

After a successful ticket launch, full-event ticket packages for the 2018 World Under-17 Hockey Challenge are sold out. A $99 Harbour Station ticket package is now available for purchase at the Harbour Station box office and includes all preliminary-round games in Saint John, as well as both semifinals and the bronze- and gold-medal games. Single-game tickets are also available for purchase starting at $13 at HockeyCanada.ca/Tickets.

The communities of Saint John and Quispamsis will receive the net proceeds from all ticket and ticket-package sales as a legacy of the event to support grassroots hockey within their communities as part of their hosting agreement with Hockey Canada. Additionally, recent editions of the World Under-17 Hockey Challenge have resulted in as much as $6 million in economic impact within the host communities.