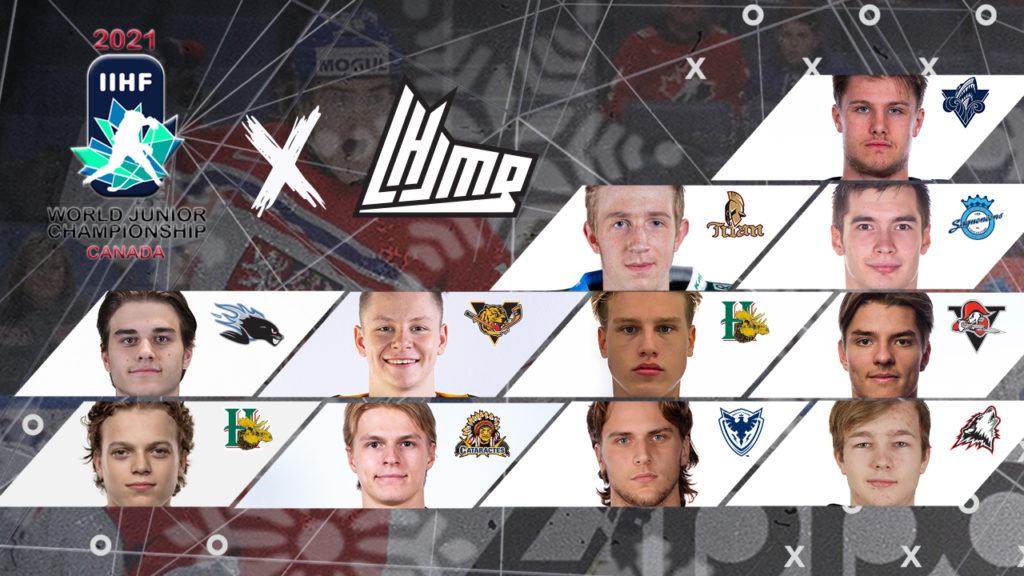 Following the announcement of four QMJHL players that will suit up for Team Canada at the 2021 IIHF World Junior Hockey Championship, thirteen other athletes representing ten league teams and five nations will join the host squad on the ice in Edmonton, Alberta later this month.

Team Czech Republic is represented in part by Rimouski Oceanic winger Adam Raska and Acadie-Bathurst Titan goaltender Jan Bednar. Raska, who posted 21 points in 35 games with Rimouski before his selection in the seventh round of the 2020 NHL Entry Draft by the San Jose Sharks, returns to a Czech lineup that finished seventh at last year’s tournament. Bednar, a fourth-round pick of the Detroit Red Wings in October’s NHL Entry Draft, has been on loan in the Czech Extraliga while awaiting the opportunity to debut with the Titan.

A trio of Russians with “Q” ties will take to the ice for the defending silver medalists. Sagueneens defenseman Artemi Kniazev is plying his trade in his home nation with Kazan of the VHL and MHL until cleared to return to Chicoutimi, where the San Jose Sharks draftee posted 43 points in 51 games last season. Center Vasily Ponomarev, who has managed to register nine points in as many games for the Shawinigan Cataractes, will pull on the Russian sweater after being taken in the second round of the 2020 NHL Entry Draft by the Carolina Hurricanes. Toronto Maple Leafs prospect Mikhail Abramov heads to Edmonton after a stellar start to his third season with the Victoriaville Tigres which saw him put up 14 points in nine games.

Austria wrote a remarkable story by earning promotion to the World Junior Hockey Championship over host Belarus at the 2019 Division 1A event. Helping lead that charge was Halifax Mooseheads forward Senna Peeters, who has averaged over a goal per game in the Swedish Under-20 ranks this season following a 23-goal rookie campaign in the “Q” last year. Joining him will be winger Fabian Hochegger, who has been on loan to his hometown club in Klagenfurt after suiting up with the Drummondville Voltigeurs in 2019-20.

A pair of players who await their QMJHL debuts will represent a Swiss club that finished fifth at last year’s event. Mooseheads’ winger Attilio Biasca, selected fifth overall at the 2020 CHL Import Draft, has posted almost a point per game with Zug in the Swiss Under-20 ranks. One of his opponents is fellow forward Lorenzo Canonica, selected 20th overall in June by the Shawinigan Cataractes. He will be joining Biasca on the national squad after having posted similar stats for Lugano, with 19 points in 20 games so far. Between the pipes, Switzerland will rely on Noah Patenaude, the sophomore goaltender who’s maintained a .500 record and made countless highlight-reel saves since joining the Saint John Sea Dogs last season.

Slovakia finished eighth at last year’s tournament. Hoping to turn their fortunes around is a returnee to the squad, star goaltender Samuel Hlavaj. He’ll attempt to rekindle the magic that saw him post a sparkling 33-3-2-0 record and league-best 2.25 GAA with last year’s first place Phoenix. He’ll be joined by center Oleksii Myklukha, who awaits his return to Rouyn-Noranda after putting up eight points in 21 games with the Huskies last campaign. And finally, Slovakia will also be able to rely on the services of Matej Kaslik, a Chicoutimi prospect who has been playing in swedish junior leagues over the past few seasons. 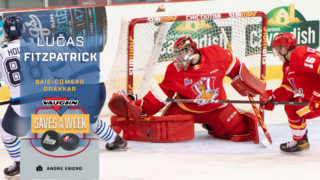 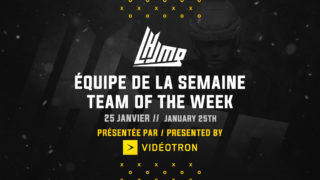 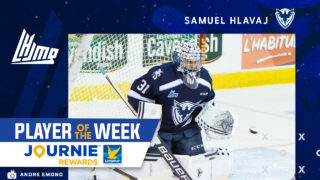 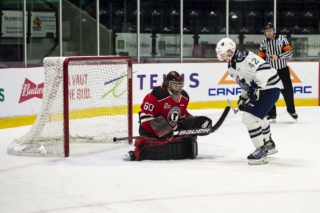 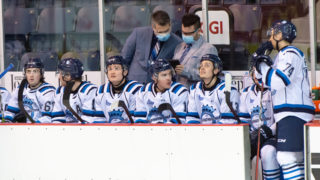