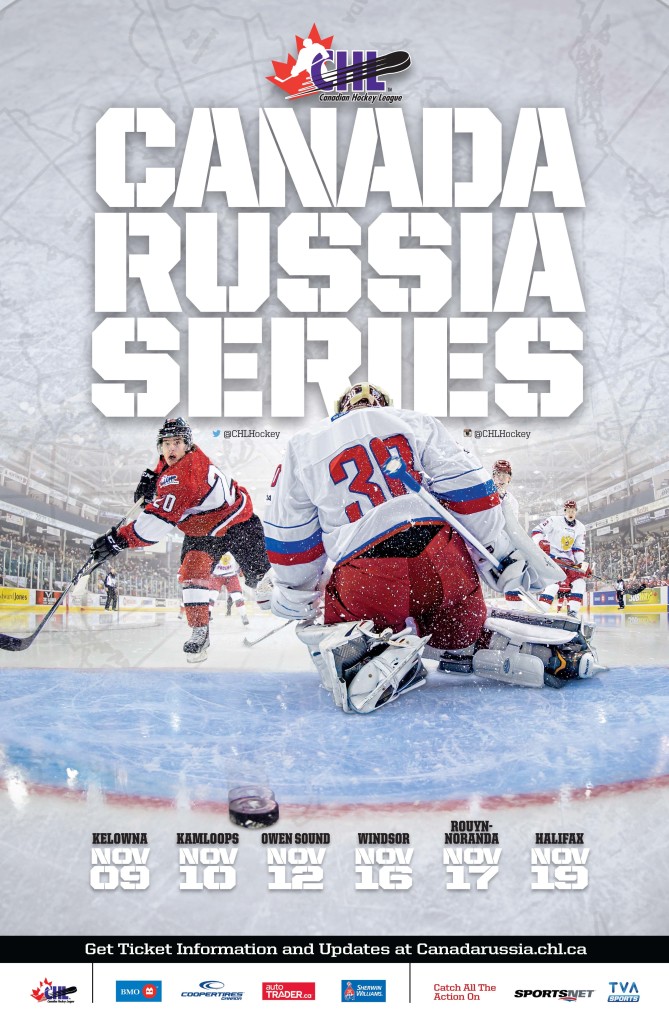 BOUCHERVILLE, Tuesday October 13, 2015 – The Canadian Hockey League in association with the Quebec Major Junior Hockey League, the Rouyn-Noranda Huskies and the Halifax Mooseheads, today announced the roster of Team QMJHL which will compete against Team Russia in the 2015 CHL Canada Russia Series.

The Huskies will host the first game of the series on Tuesday, November 17 at the Iamgold arena, while the Mooseheads will host game two at the Scotiabank Centre on Thursday, November 19. All six contests will be televised nationwide on Sportsnet and TVA Sports.

Ducharme won a gold medal with Canada’s National Men’s Summer Under-18 Team at the 2013 Memorial of Ivan Hlinka tournament. He is Head Coach of the Halifax Mooseheads, and led the team to their first-ever Memorial Cup championship in 2013. Ducharme joined the Mooseheads after three seasons as an assistant coach with the Montreal Juniors. While with Montreal, Ducharme was an assistant coach with Quebec at the 2011 World Under-17 Hockey Challenge, finishing fourth. Ducharme played professionally for seven seasons from 1995 to 2002, including stops in the ECHL, AHL and Europe.

Each of the three CHL member leagues assembled a selection committee, working closely with Hockey Canada, to select the players for this year’s series. A total of twenty-three players will participate in the event this year.  The rosters for each individual game will be announced at a later date.

All games will be broadcast nationally on Sportsnet and TVA Sports.

For more information including how to purchase tickets please visit canadarussia.chl.ca