A Hollywood ending for the Remparts? 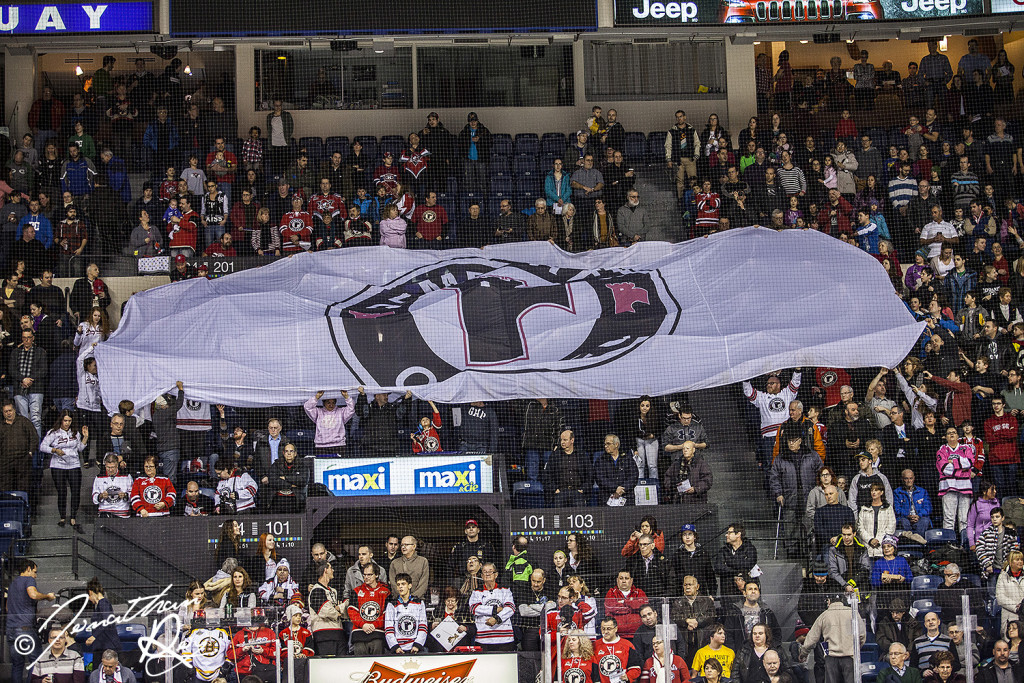 QUEBEC – Few big name directors could have even ever dreamed up this kind of story. A mere months from the demolition of the famous Pepsi Colisee that will make way for the brand new Videotron Centre, the Remparts have the chance to raise one last banner in their honour in the hallowed building for the first time since 1976.

Before dreaming of the MasterCard Memorial Cup which will be held in Quebec City, the Remparts and Oceanic are battling for the President Cup in the QMJHL final that began yesterday. The entire series is televised on TVA Sports.

It’s shaping up to be an exciting series. The Remparts are currently playing their best hockey of the season, after stumbling out of the blocks and needing seven games to barely eliminate the Cape Breton Screaming Eagles to avoid disaster.

“After the seventh game in the first round, we regrouped and we have been a changed team since. A lot of talented players joined our team and over time our chemistry improved and now we’re all like brothers,” said Anthony Duclair who is now back to his scoring ways with 16 points in 15 games.

In recent games and for a rare time this season, the Remparts have been able to count on scoring from across their lineup.

“Even some of our defencemen are scoring now. The line of Etchegary, Duclair and Erne was dominant in the last game against the Wildcats and honestly we need that kind of performance from them now in the final,” said head coach Philippe Boucher.

It wouldn’t be a surprise to see this line stay together over the course of the rest of the playoffs.

“The chemistry developed really quickly,” said Duclair. “I loved my experience, but when I got back from my time in the NHL and at the World Juniors, I faced higher expectations and I had to deal with that new pressure. My teammates supported me though and now things are going really well. Now we just need to start this series on the right foot and grab at least one win in Rimouski.”

The Remparts are all too aware that the road ahead is a tough one.

“The Oceanic dominated the QMJHL from the first preseason game to today. It’s up to us to prove we can measure up to them. They have a very disciplined team with a lot of offensive talent and if they never make mistakes, Louis-Philip Guindon is there to cover it up. I’m expecting a tight series where discipline will be the key,” predicted Boucher.

In the underdog role

The five pundits contacted by QMJHL.QC.CA were unanimous in their choice of the Oceanic as eventual President Cup champs in either 6 or 7 games. For the first time this year, the hosts of the 2015 MasterCard Memorial Cup find themselves without the tag as favorites.

“It changes nothing in our preparation. As far as we’re concerned, we think we’re the favorites and that’s what matters. If we play to our full potential, we can beat any team in the league,” said Remparts netminder Zachary Fucale.

The Canadiens goalie prospect seems to have finally gotten his groove back. His performances were so spotty upon his arrival in Quebec that it led to Callum Booth getting the nod from Boucher to start the playoffs. But since getting his crease back, Fucale has been lights out.

“He was able to bring his game to that next level and the admirable part is how all the while Callum was starting, Zachary was the best teammate he could be. He has the experience and is a true pro,” lauded Boucher.

Fucale will be busy against the Oceanic. Since the start of the playoffs, Serge Beausoleil’s squad has racked up 54 goals in only 13 games for an average of four goals per game. The Remparts have meanwhile allowed only 36 goals in 15 games (2.4 goals per game).

“I’m feeling better and better in goal, but I have to admit that our defence is doing a great job,” admitted Fucale. “You always look better individually when the team game is solid. We’ve been steadily improving since the start of the playoffs but there is still a long way to go for us to be crowned QMJHL champions.”